So my artist friend Lucinda was offering a drawing course: six evenings, three hours per class. With live models. 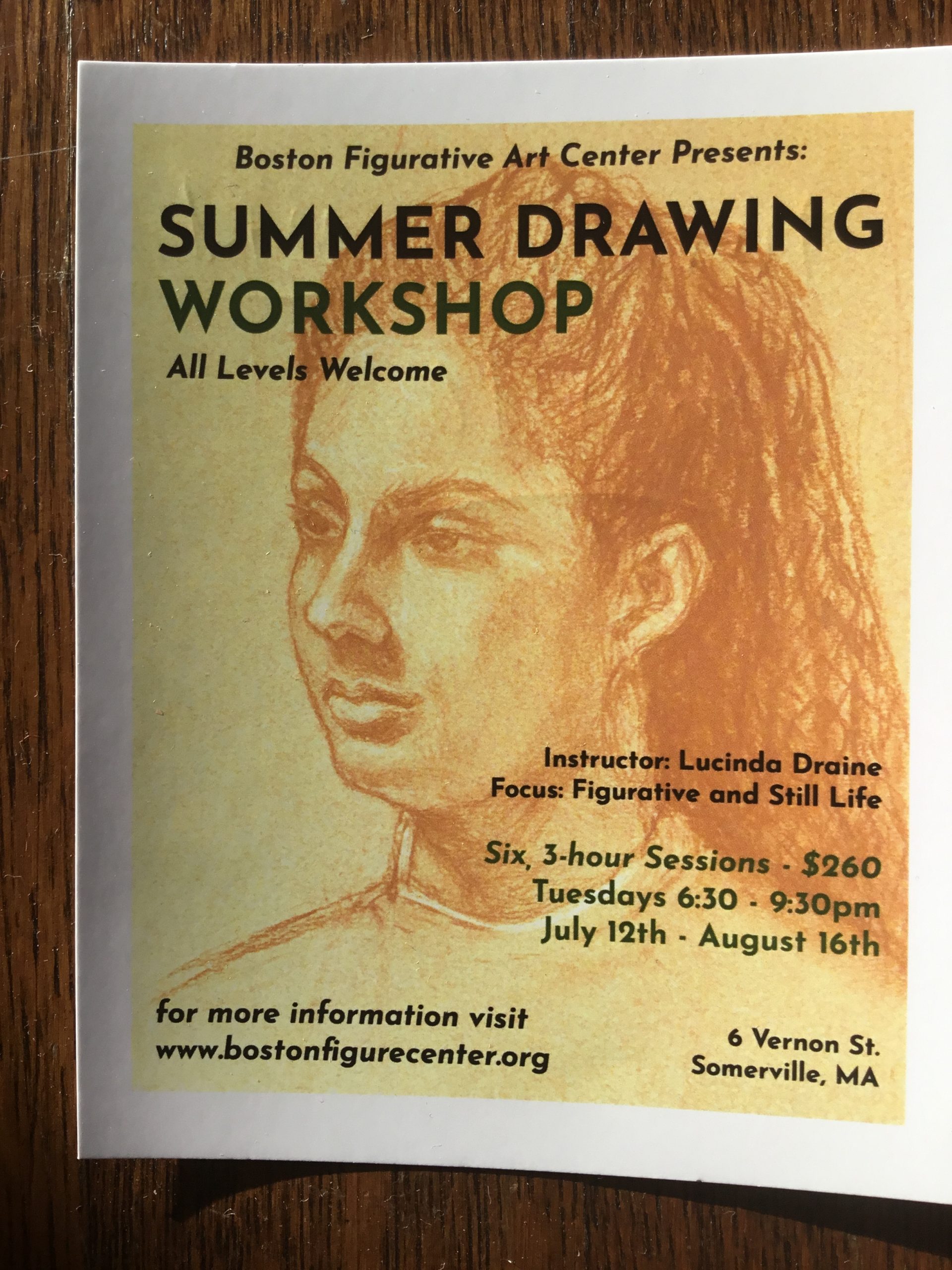 Would I like to sign up for it?
Since embarrassment is foreign to my nature, I said: “Sure!”

It was held in her studio, in an old warehouse. 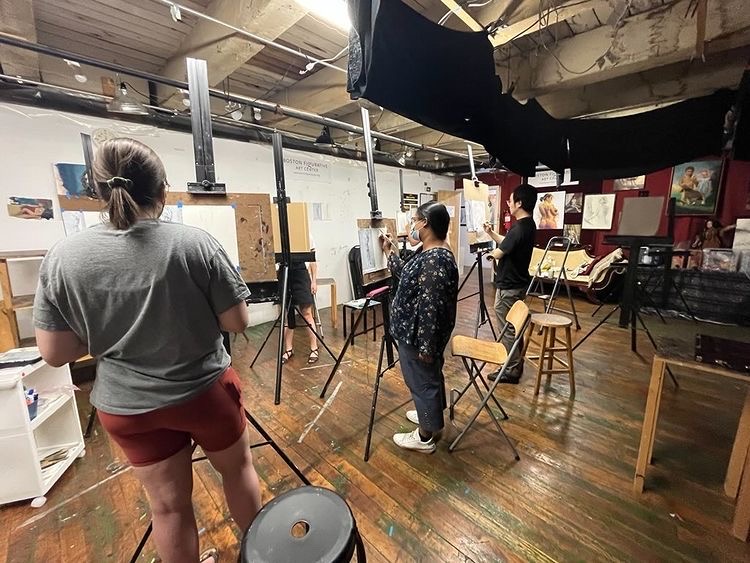 So I got all my pencils and erasers.
And was ready to go. 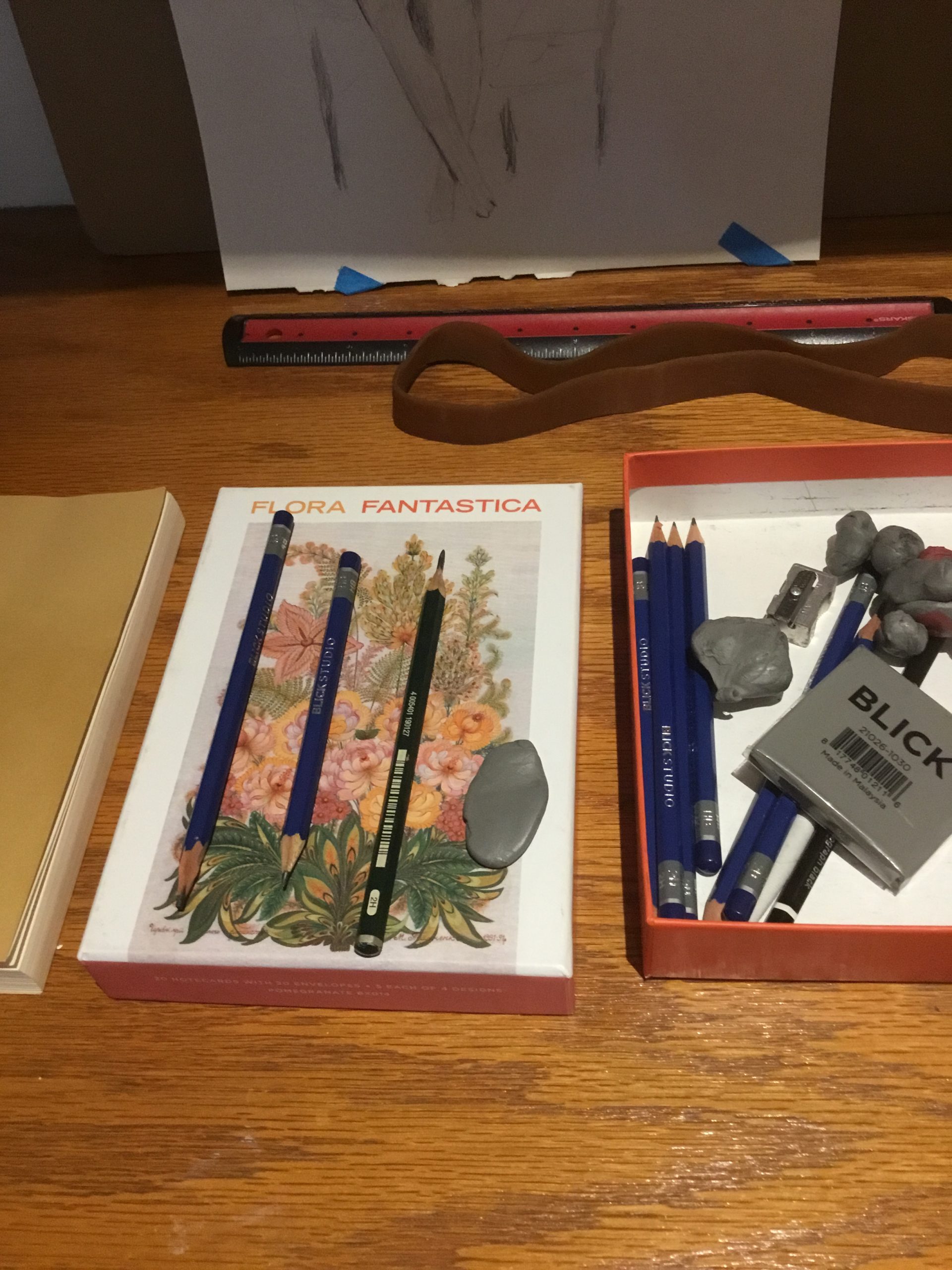 At the very first class, I realized what I had gotten myself into.
Even simple geometric forms are very difficult for a novice. 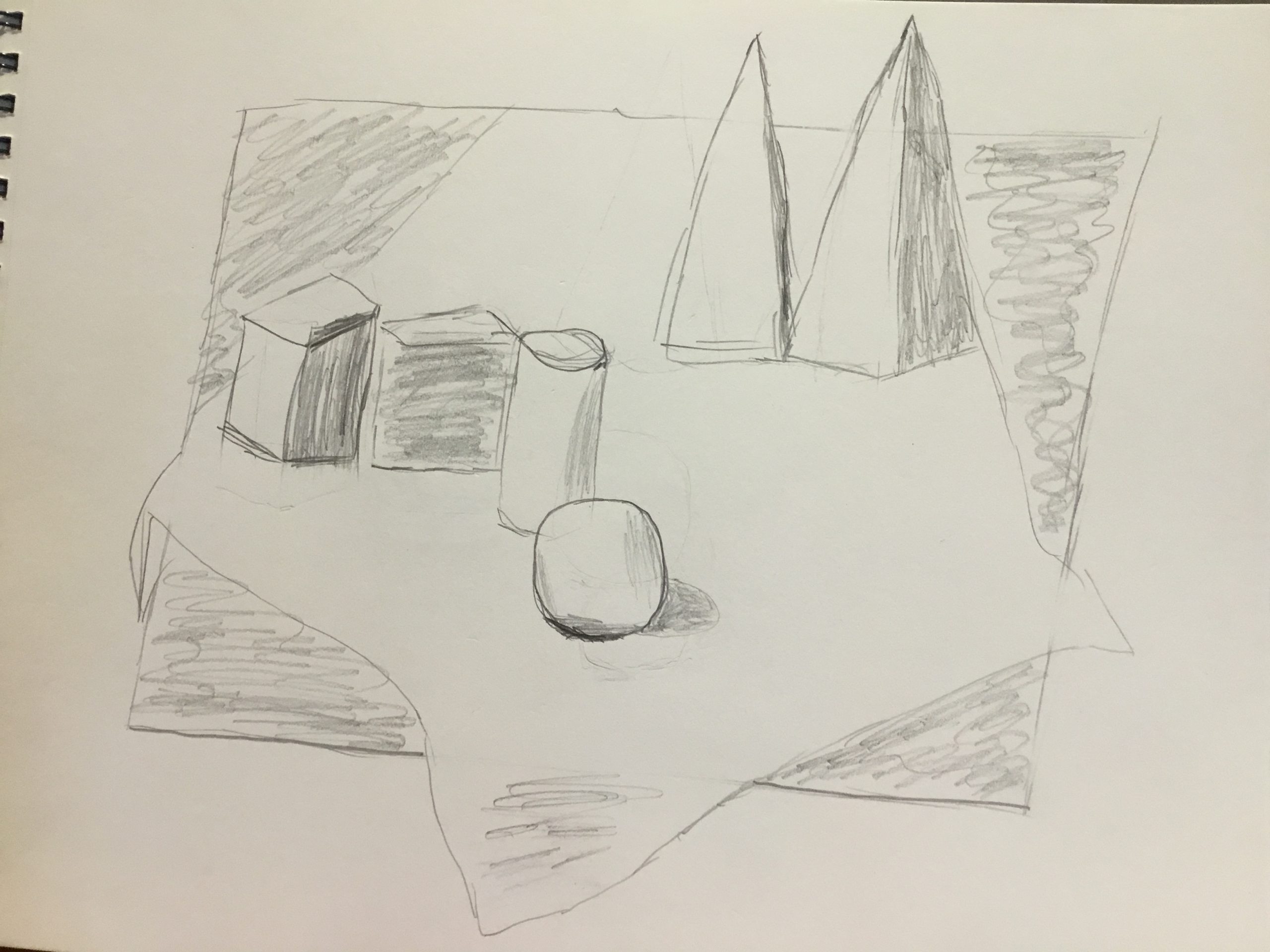 I began to grasp the idea that shading is the key to depicting three-dimensional objects in just two dimensions.

But I still had to figure out how to do it. 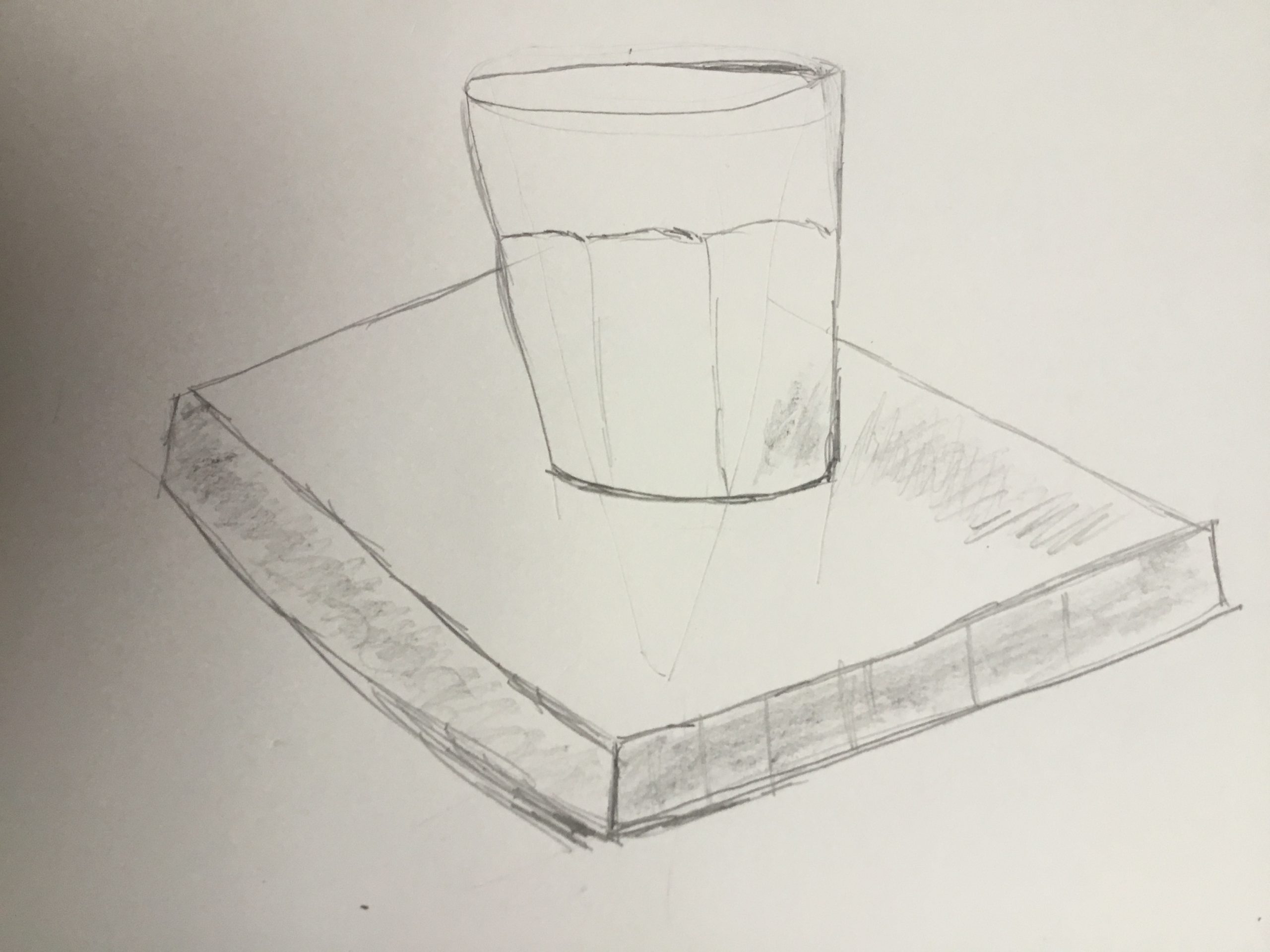 Is this a teapot with a light shining on it?
Or a teapot growing moss? 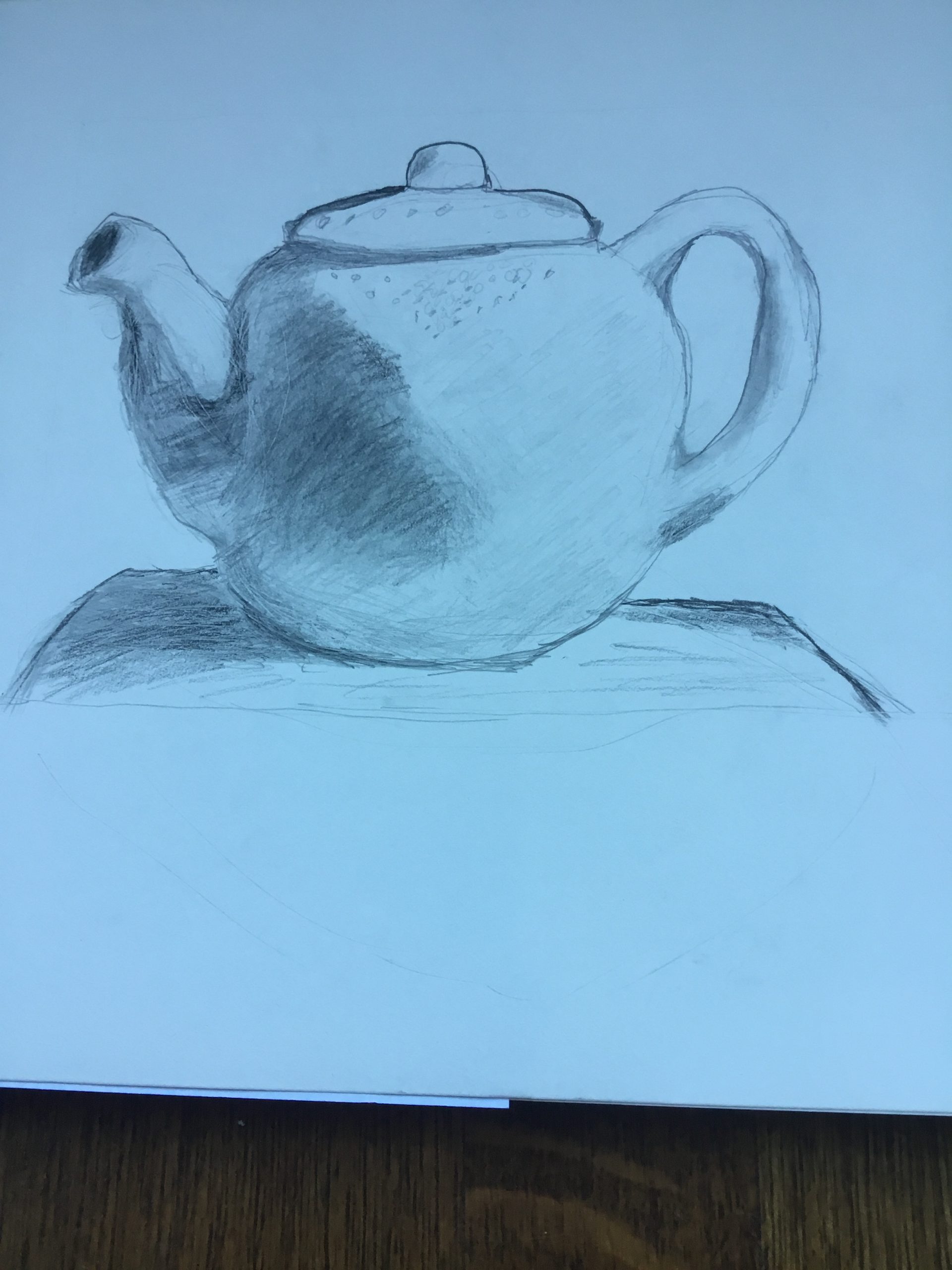 But those struggles were nothing compared to drawing actual human figures. 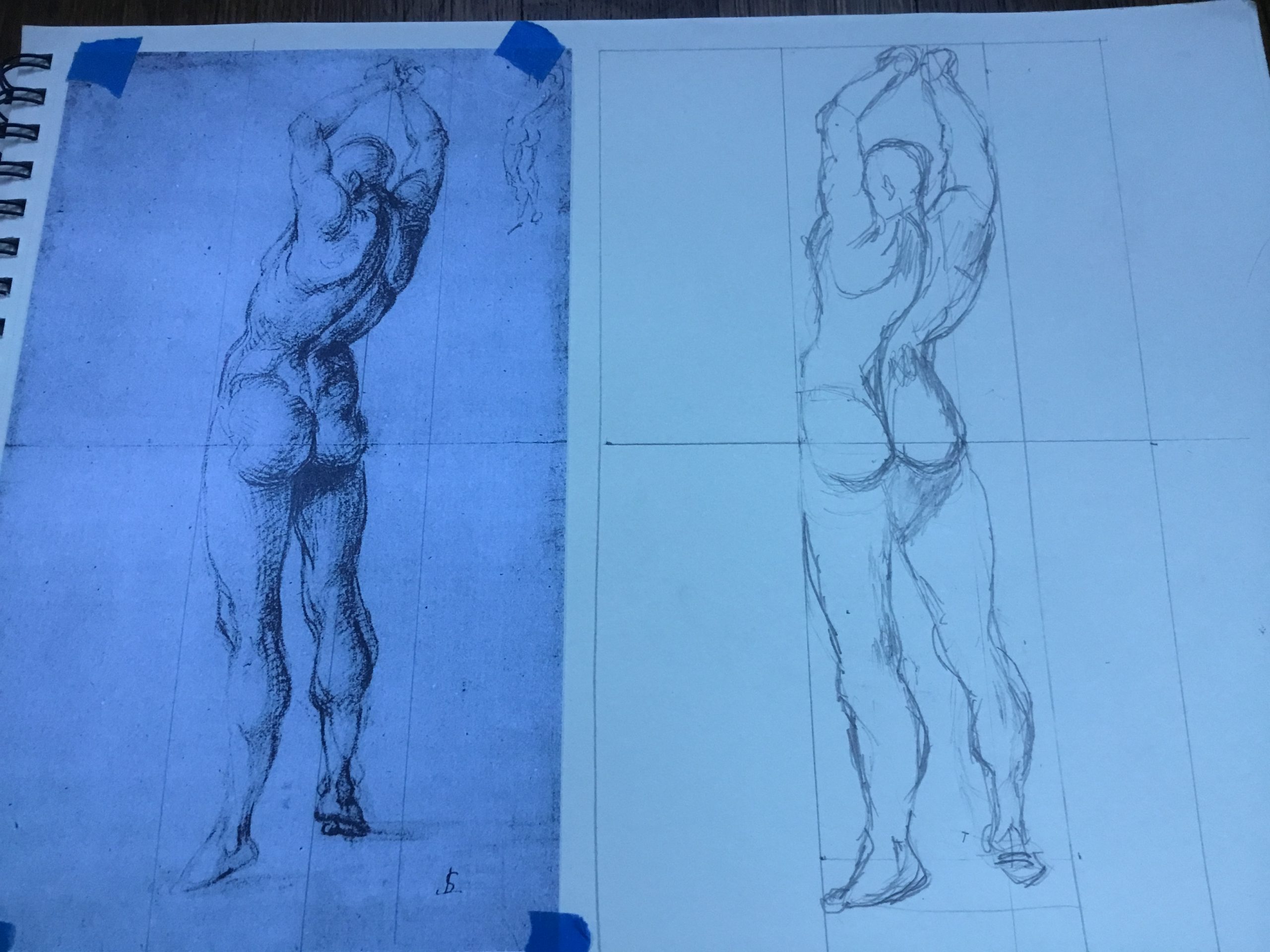 The first attempt at replicating a classical study was not too bad.
I remember Lucinda saying that the curve of the spine determines the shape of the bum.

But the session with our first live model was very tough.
Let me put it this way: It was the first time I got to examine a naked woman, at some length, and not feel good about it. 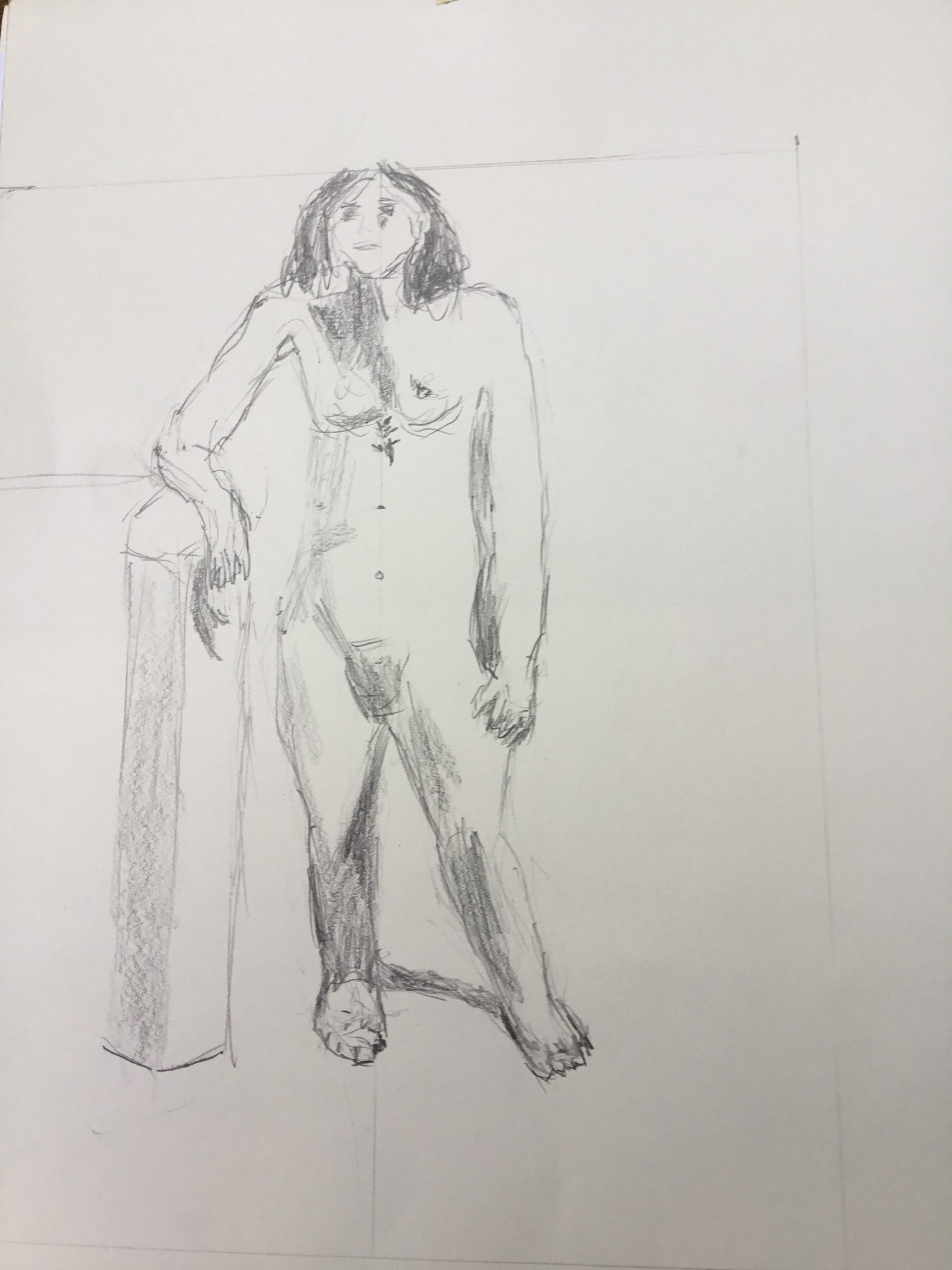 I said to myself: “You have been contemplating this view for most of your life. Why can’t you draw it?”

I even considered apologizing to the model!

The next attempt was a bit better. 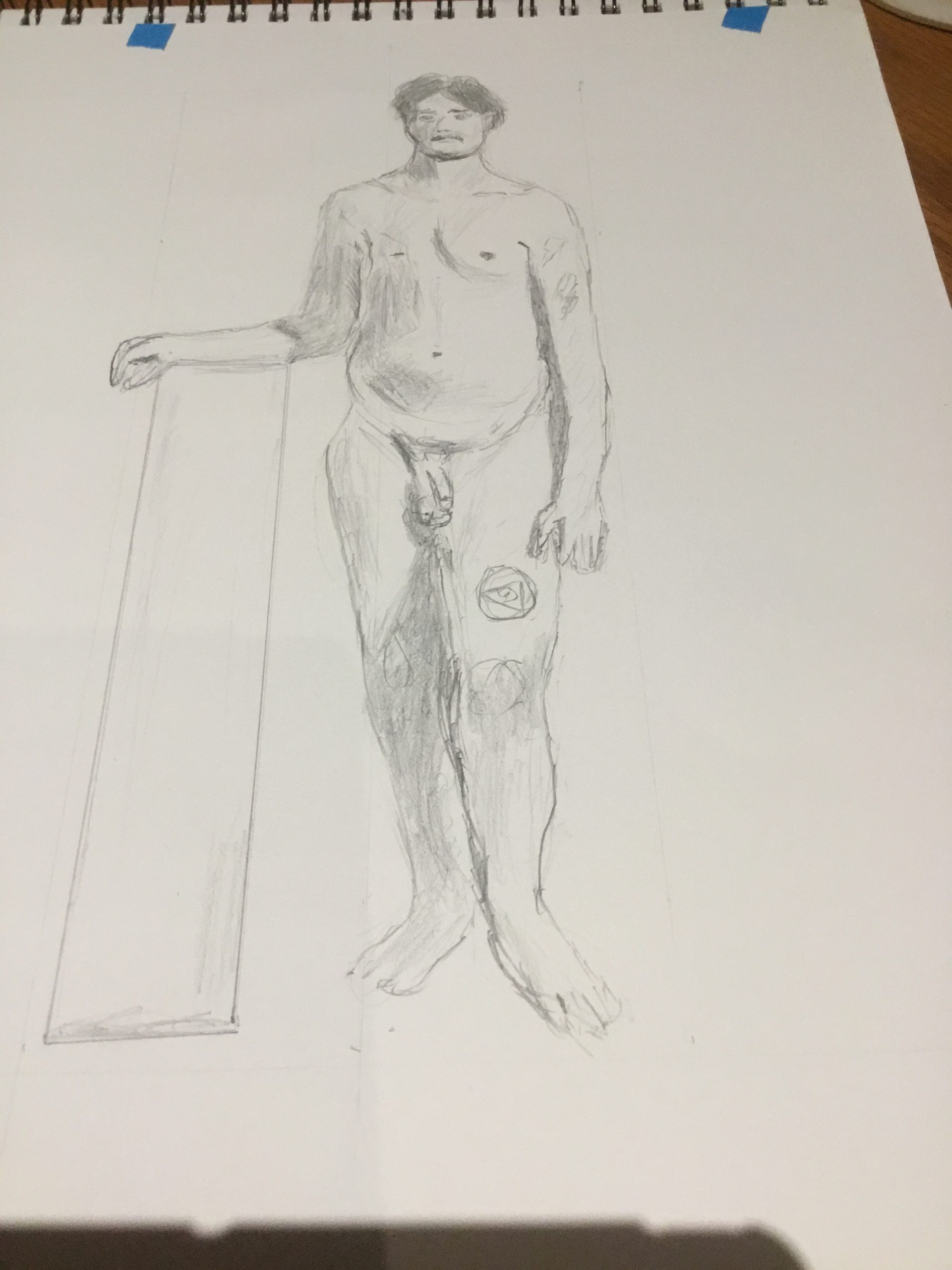 And the third better still, at least more recognizably human.
But a seated nude is a very demanding exercise. 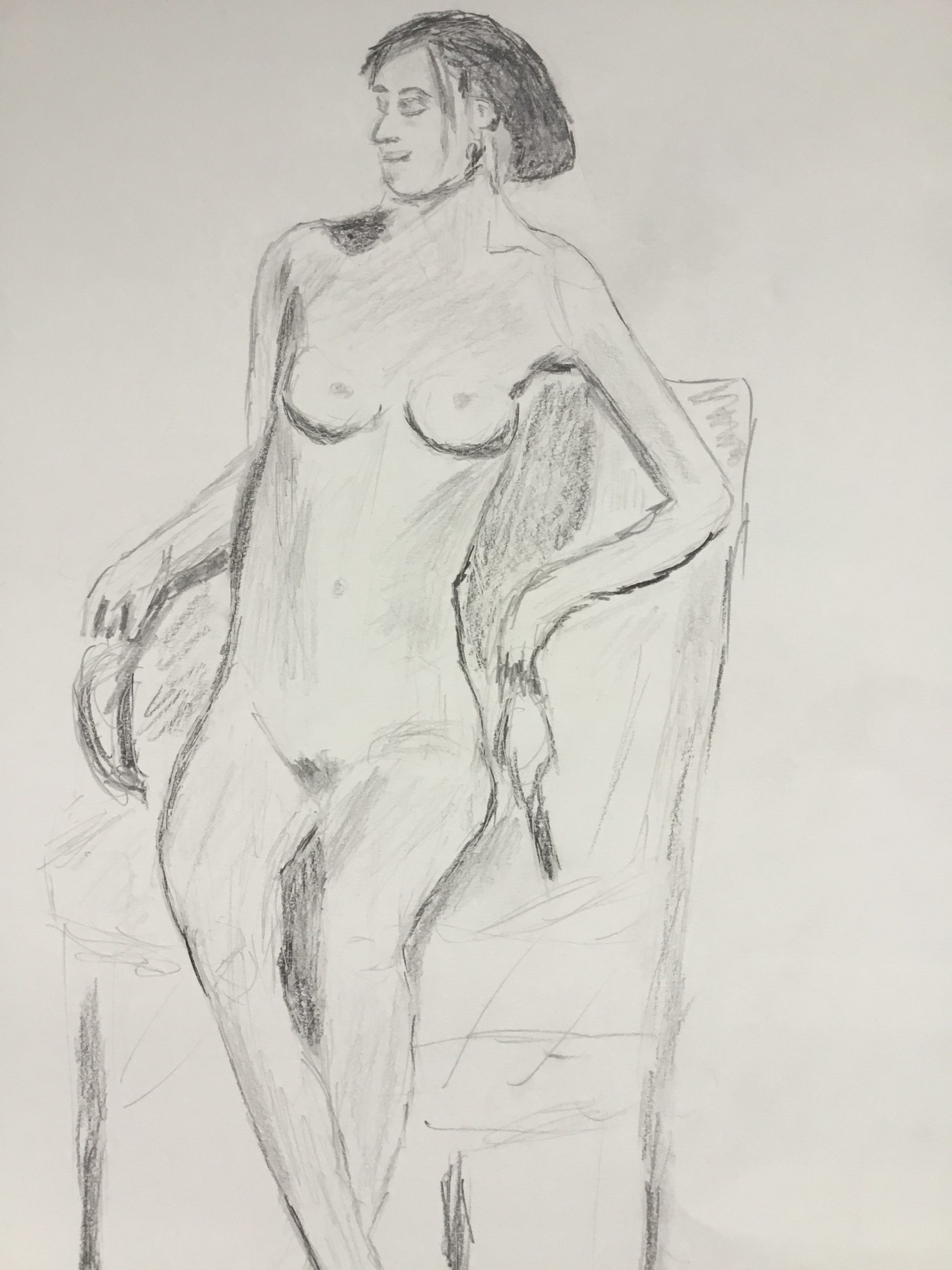 So I figured I needed a lot more practice.
And headed over to the Museum of Fine Arts. 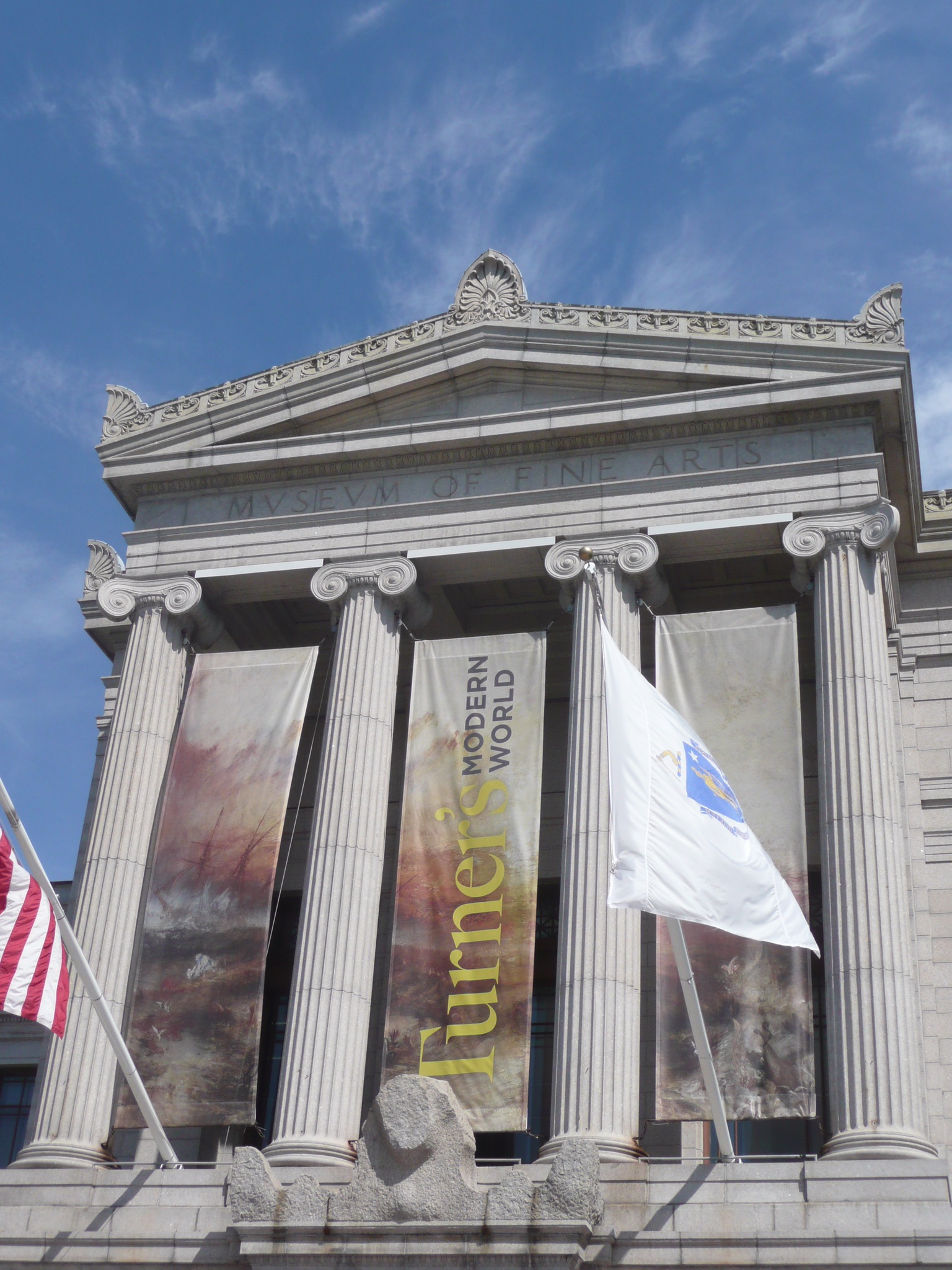 Lots and lots of statues I could practice on.
And they wouldn’t mind my beginner’s blunders.

This veiled Venus was a real challenge. 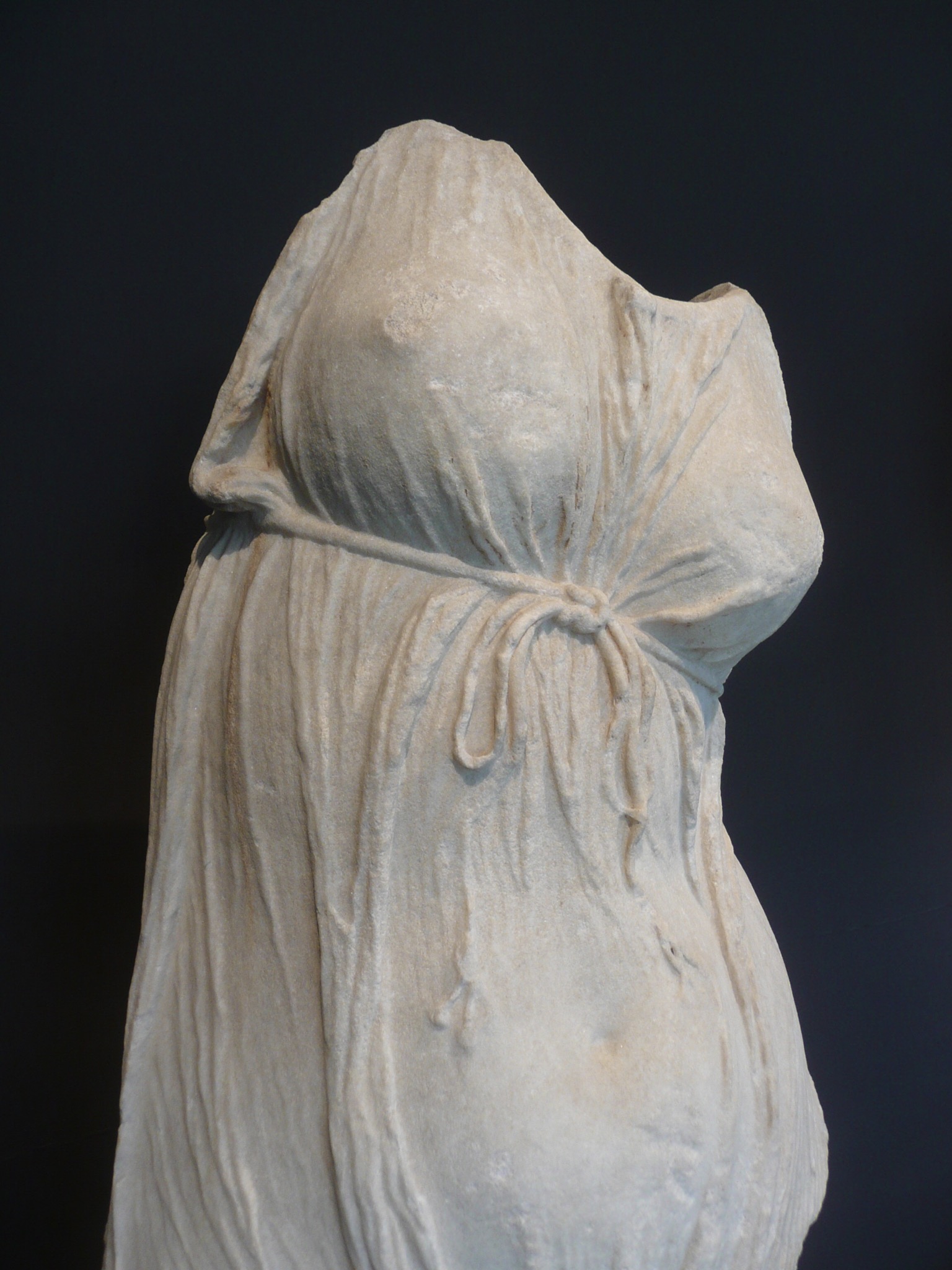 But slowly, over several sessions, I began to get the idea. 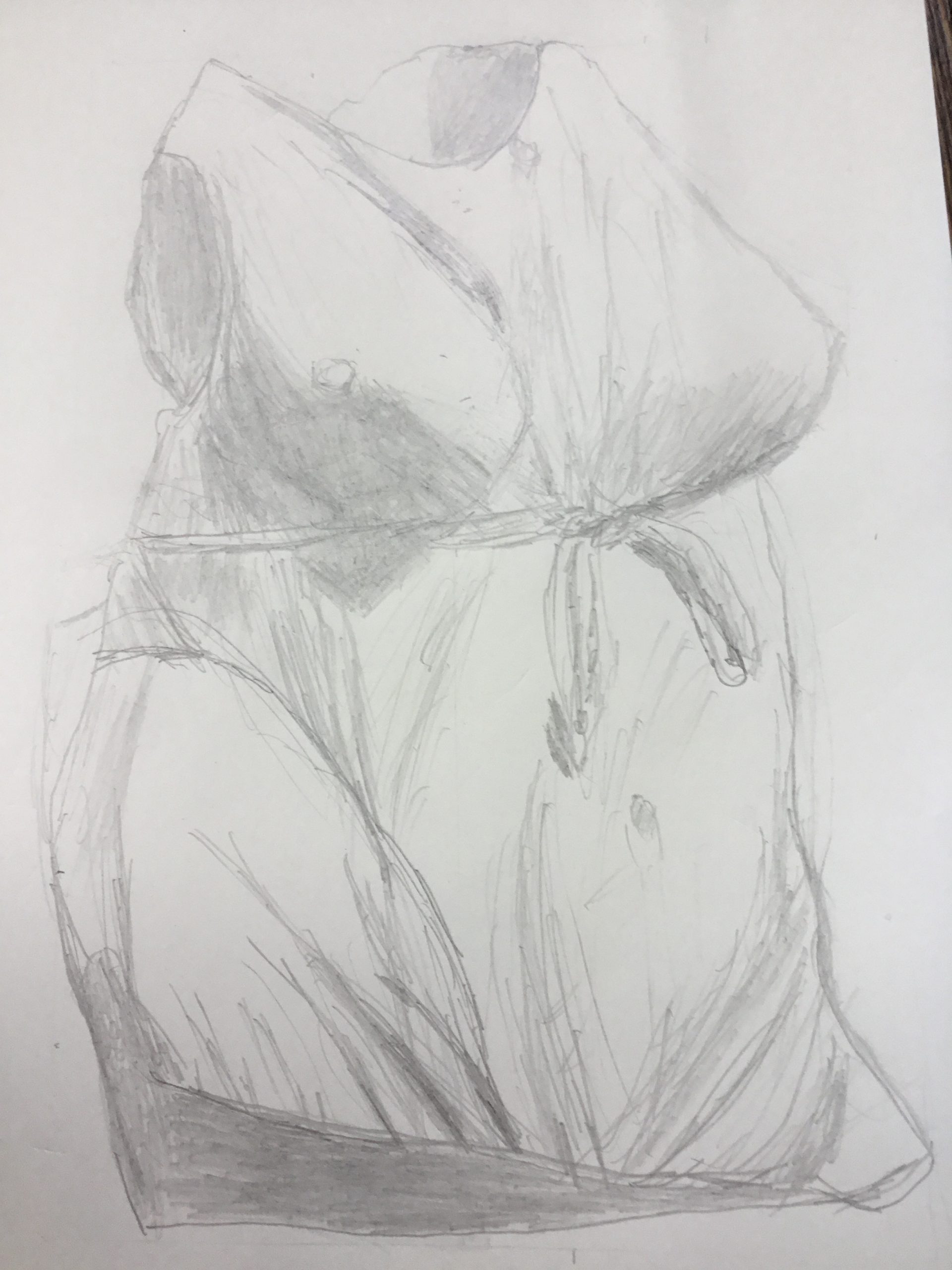 I also had some luck with this Venus. 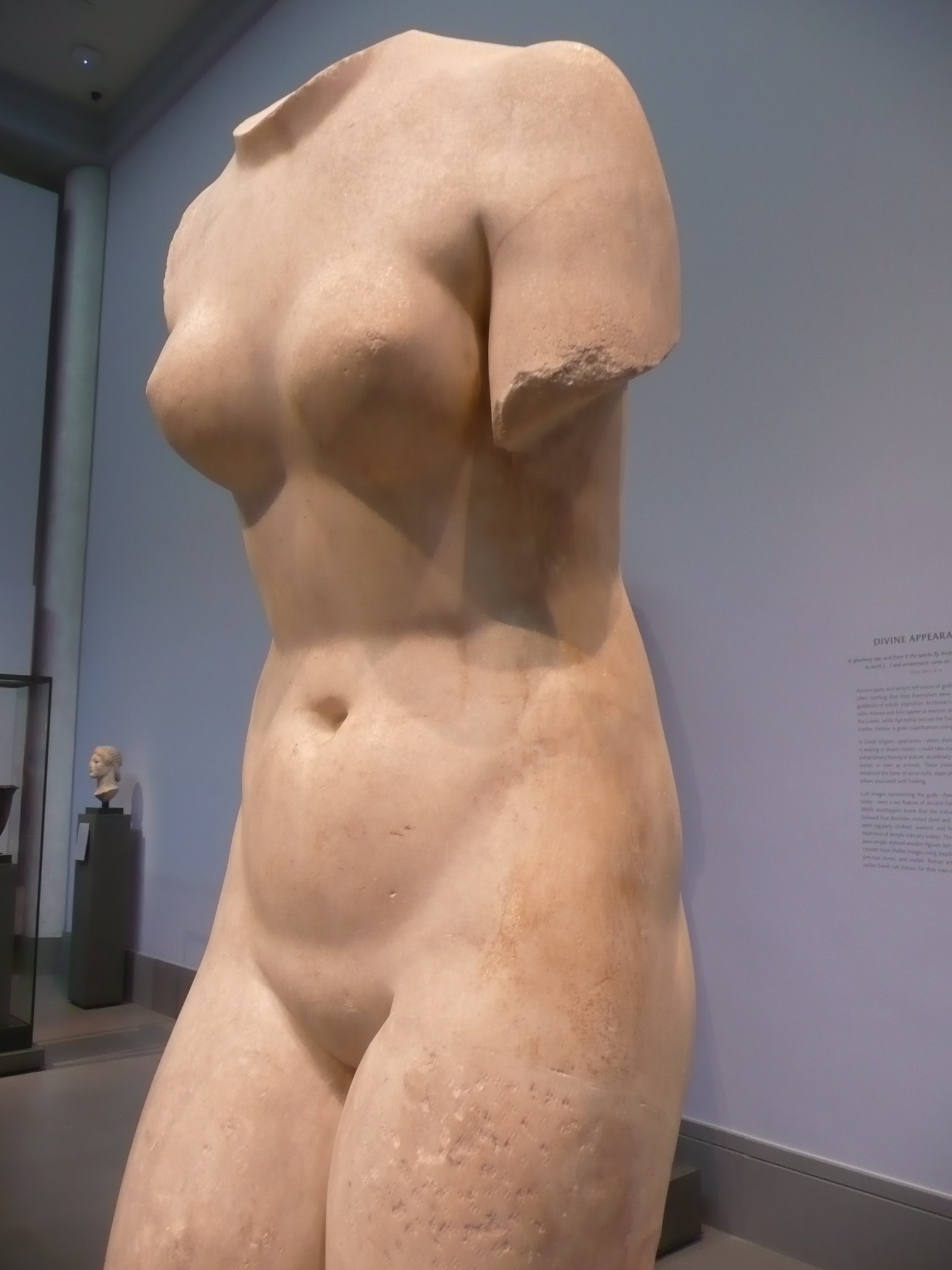 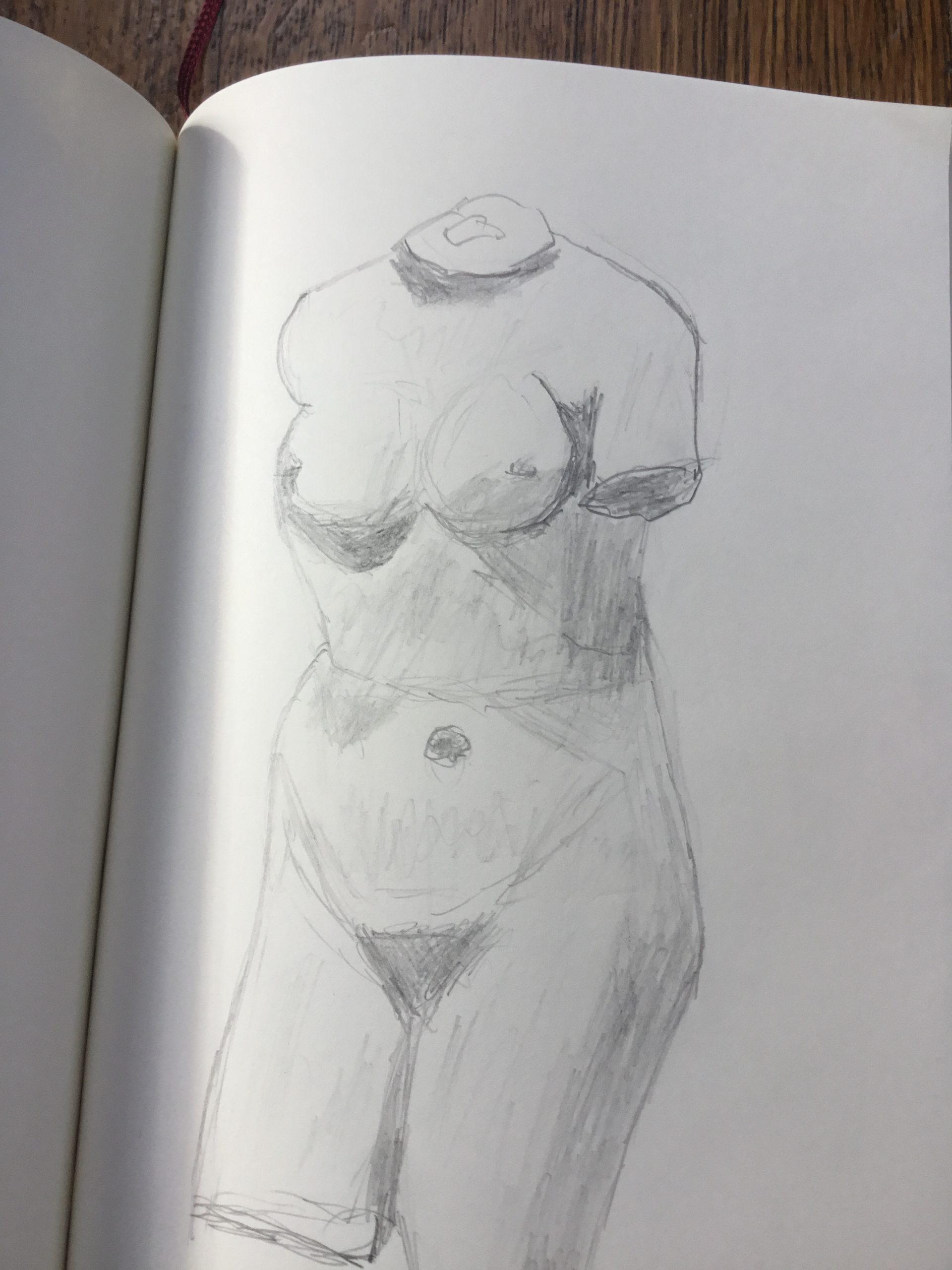 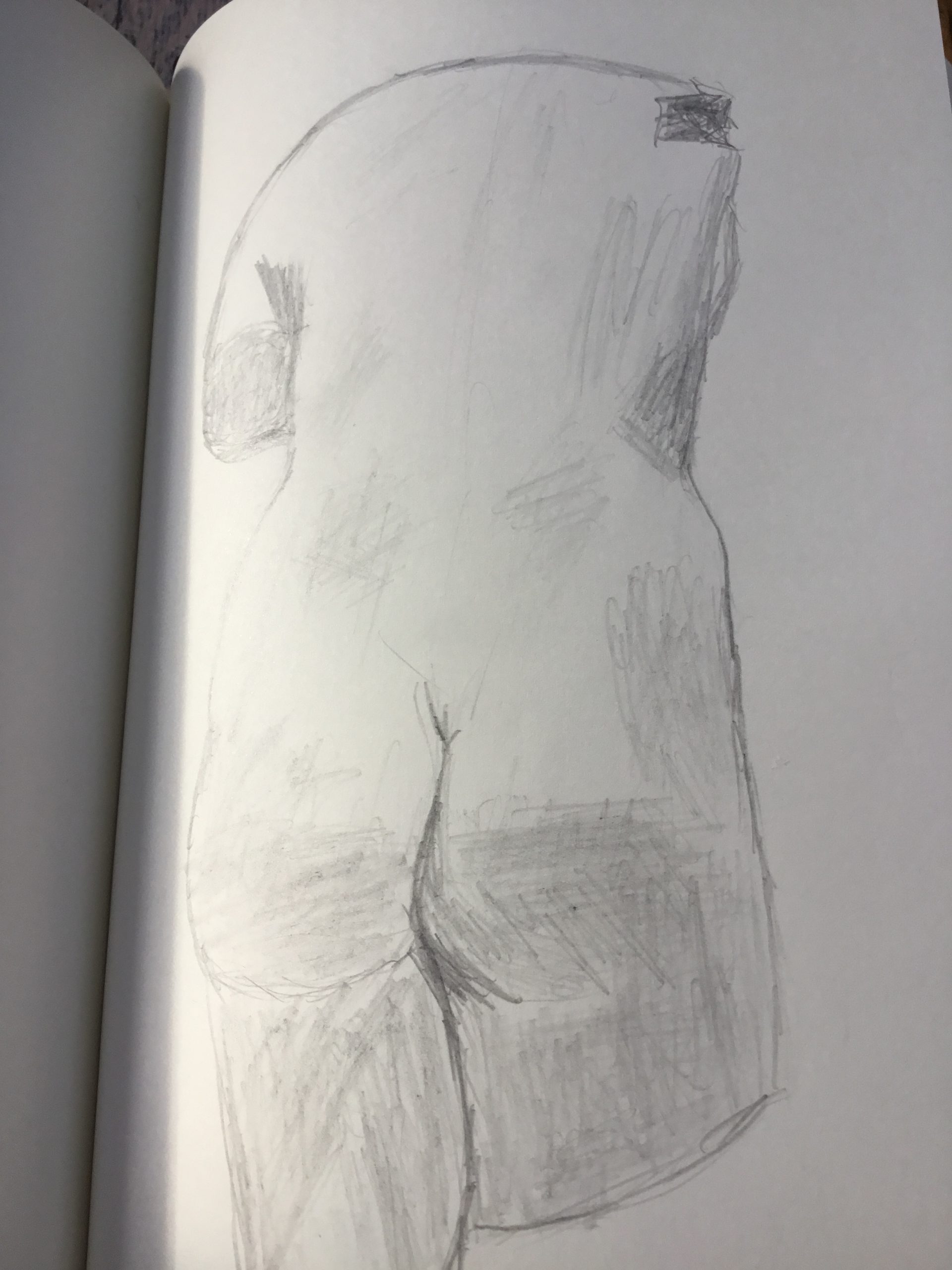 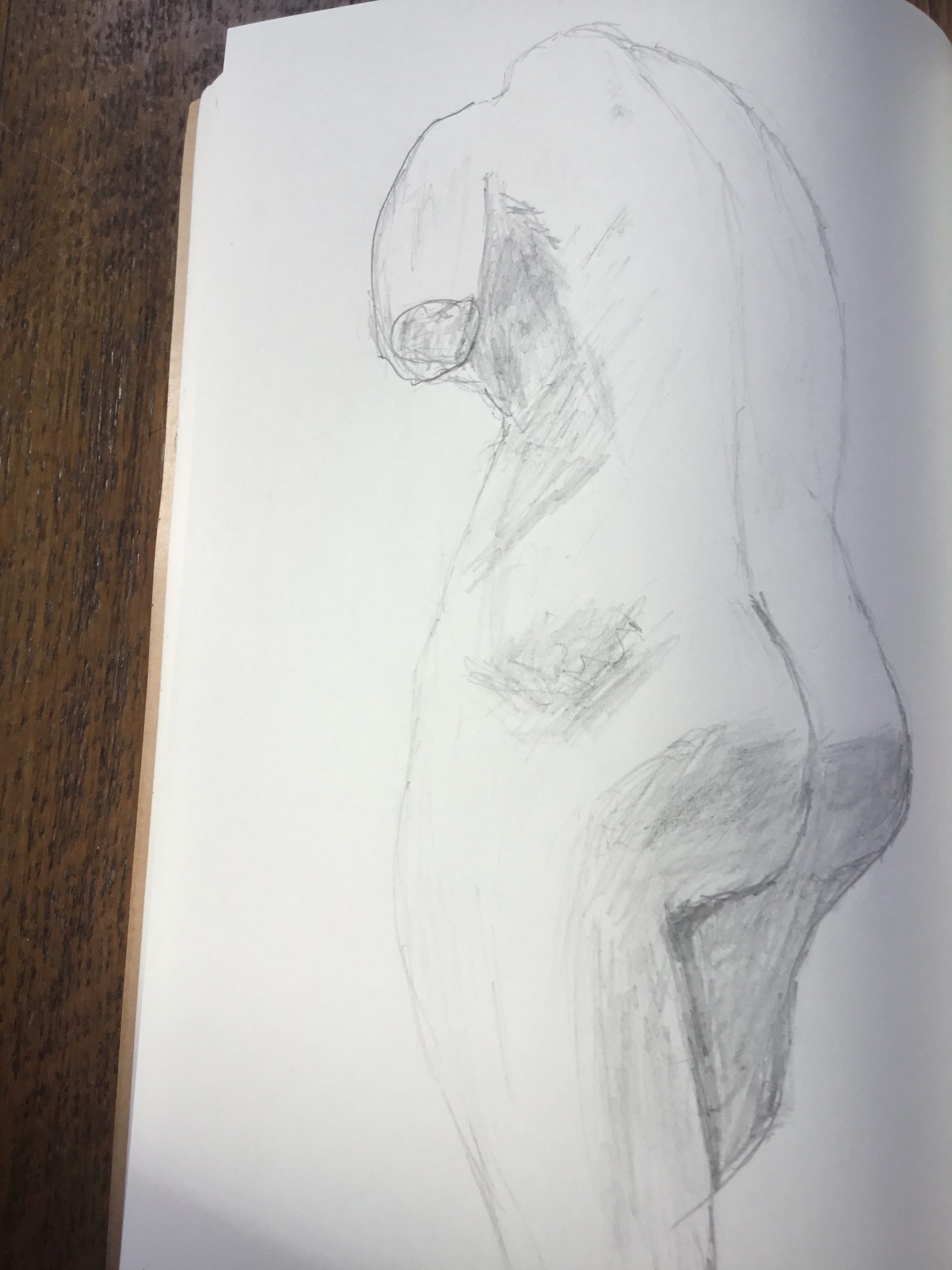 At one point a guy came up to me with a small boy, about seven or so.

He said, “My son would really love to see what you are drawing. Do you mind?”
I replied, “Hey, if you don’t mind, then I don’t mind.”

The boy seemed to enjoy it.

So many Venuses, so little time.
This is Venus Anadyomene by the American sculptor William Wetmore Story. 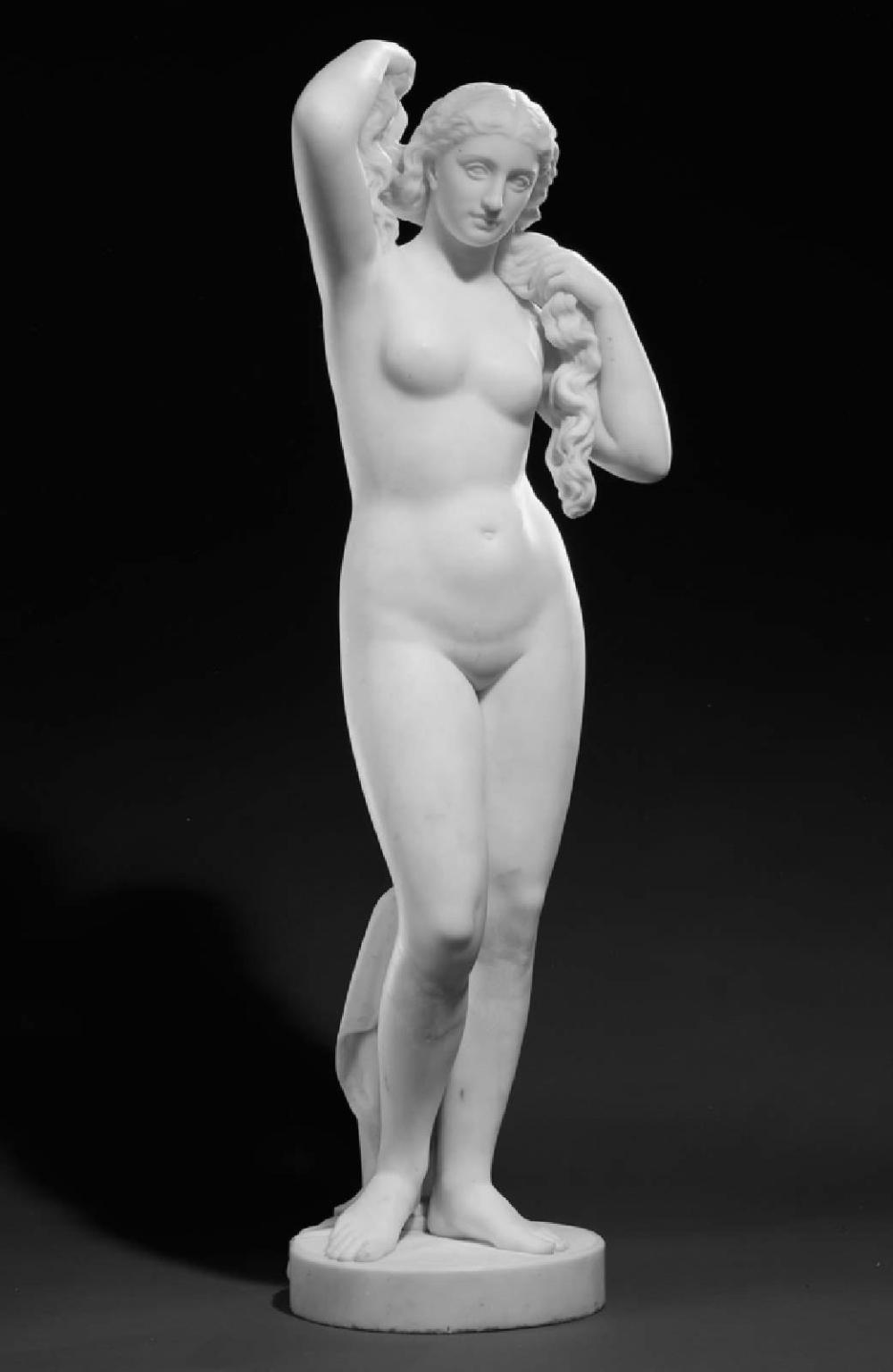 It’s based on an ancient work that also inspired Botticelli. 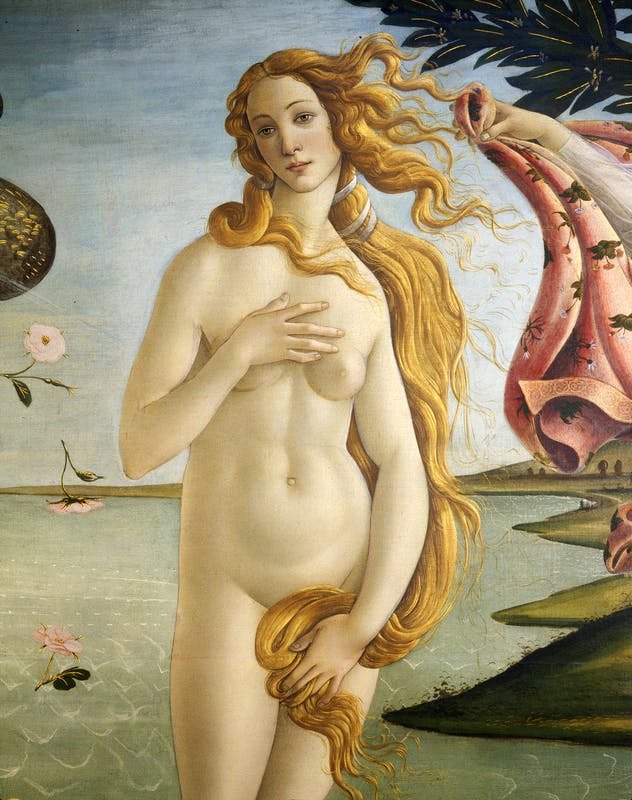 Let’s just call her Venus With Lots Of Hair.

So I thought I would give it a try.

Any drawing worth doing takes a long time.
You start with an initial sketch. 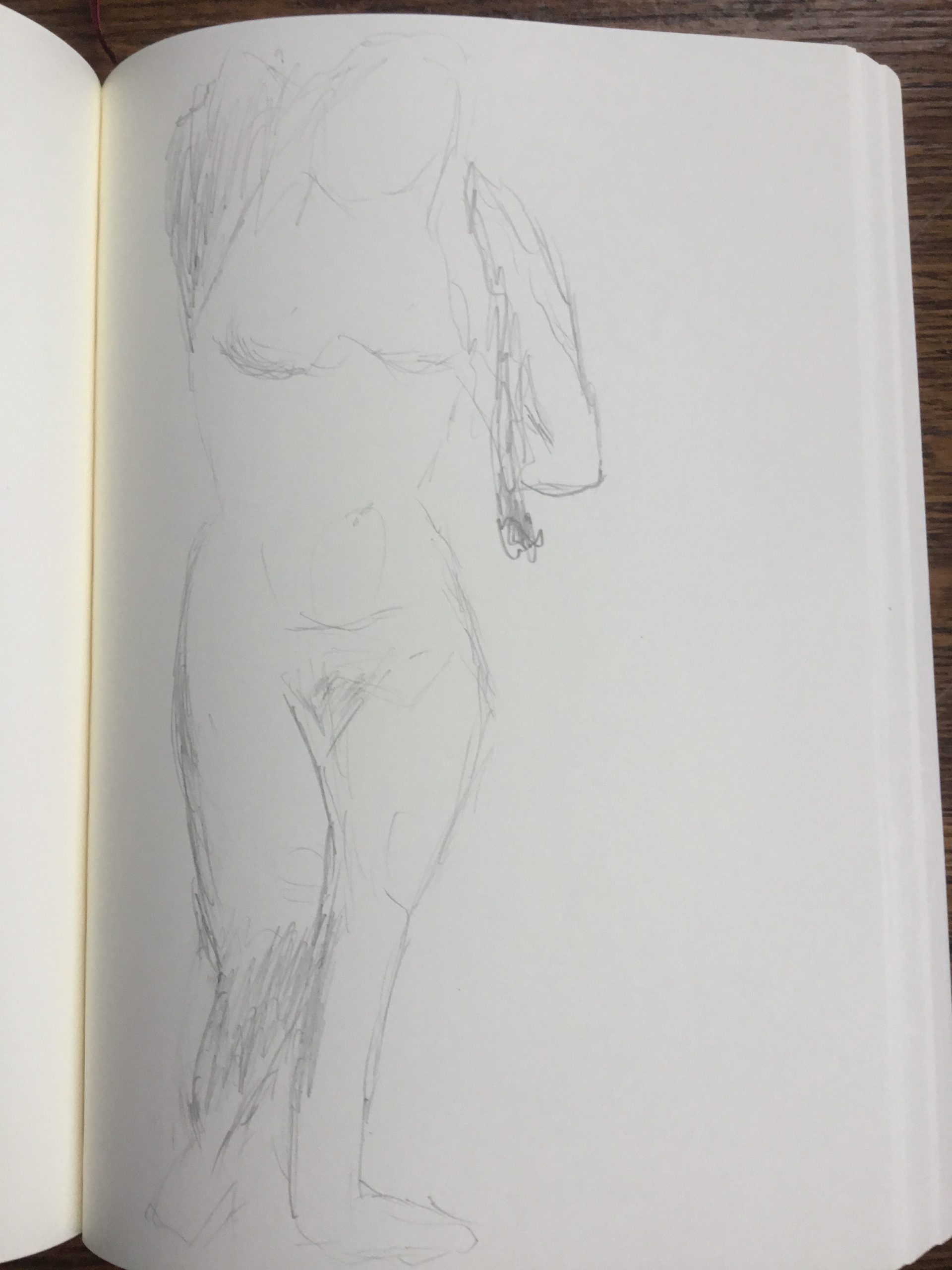 And keep working on it. 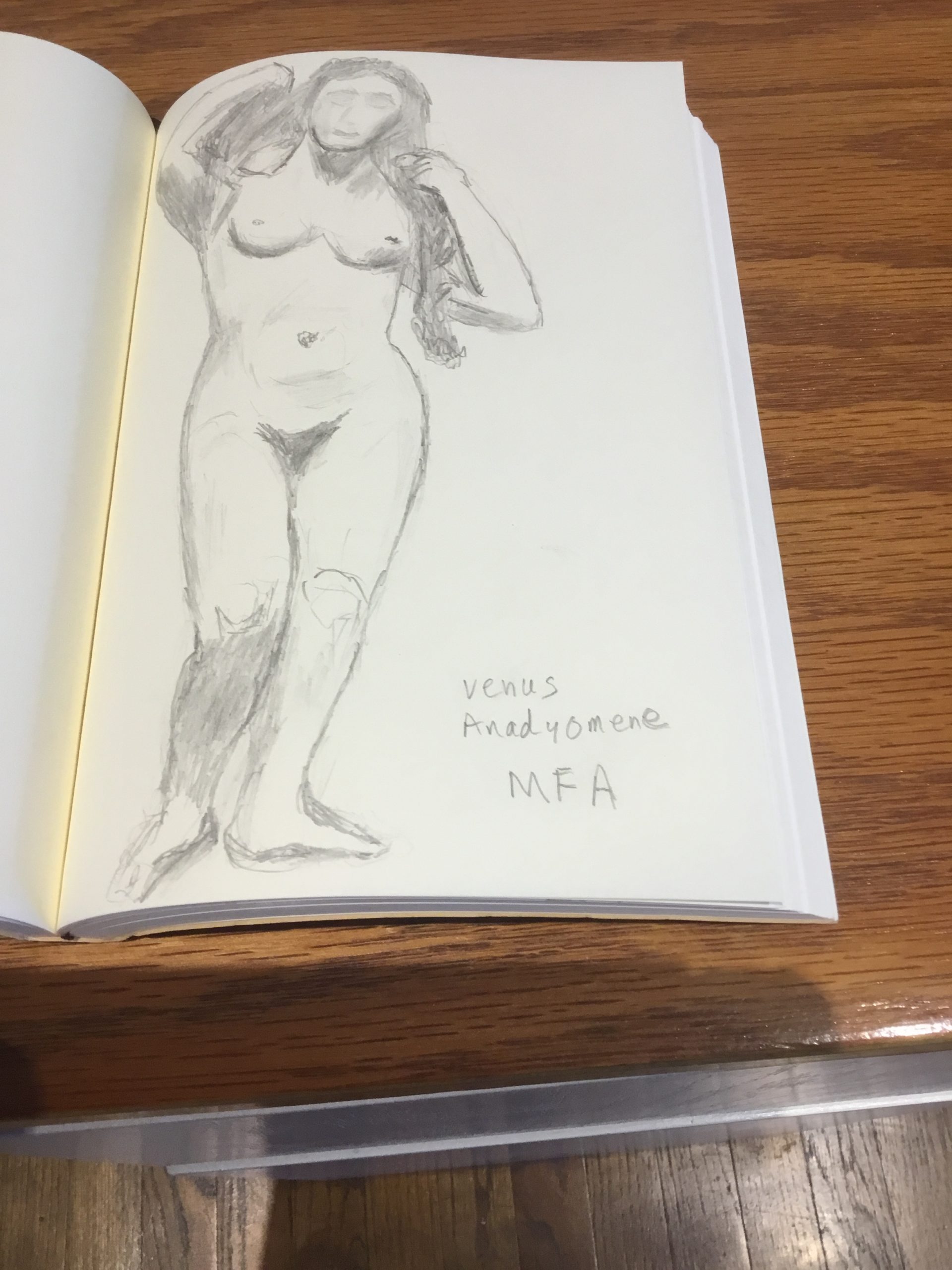 I’ve made her a bit squat.
Next time I draw her, I’ll give her more leg.

Here’s my latest version of a previous Venus. 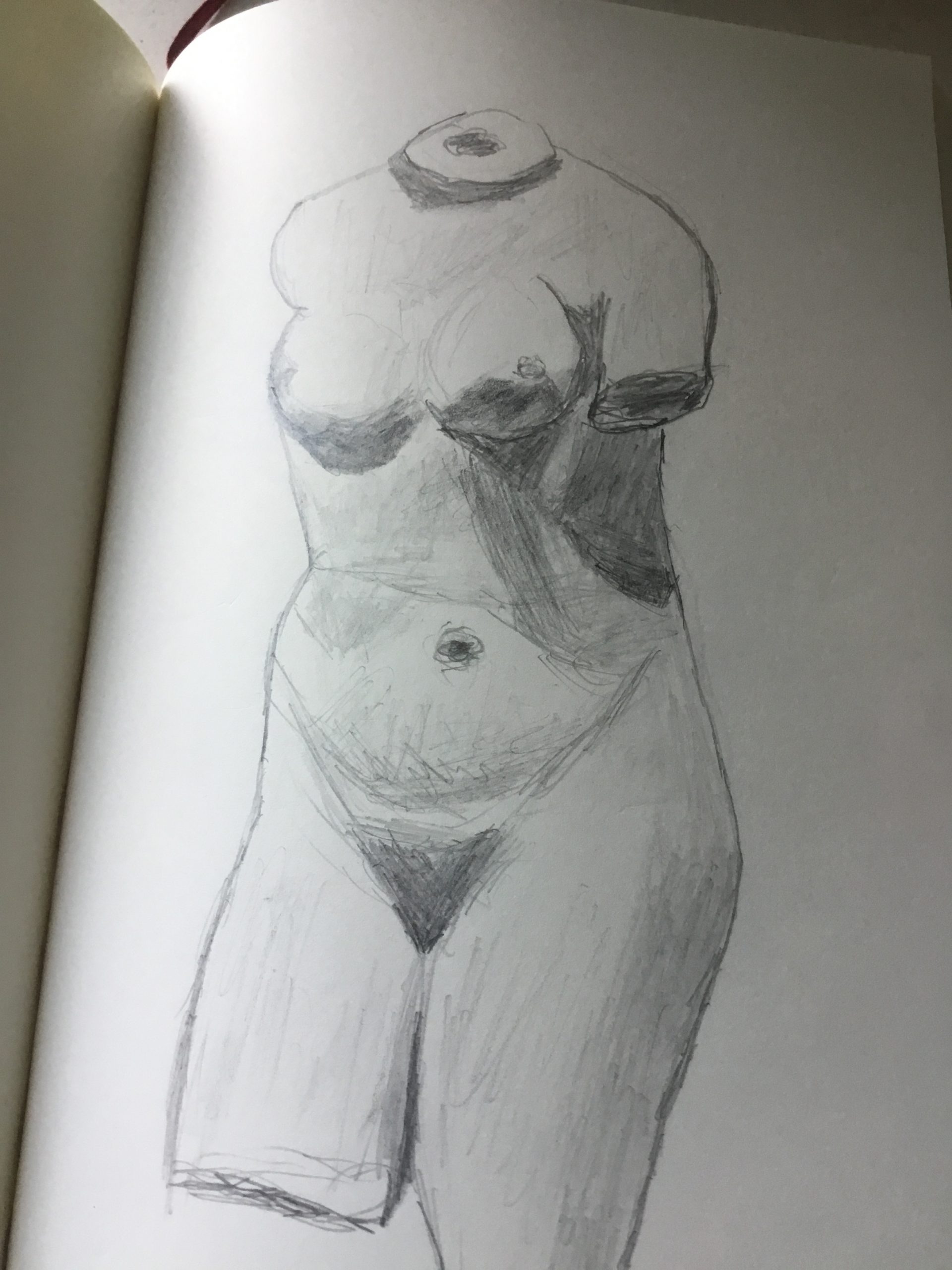 And here is my latest Venus. 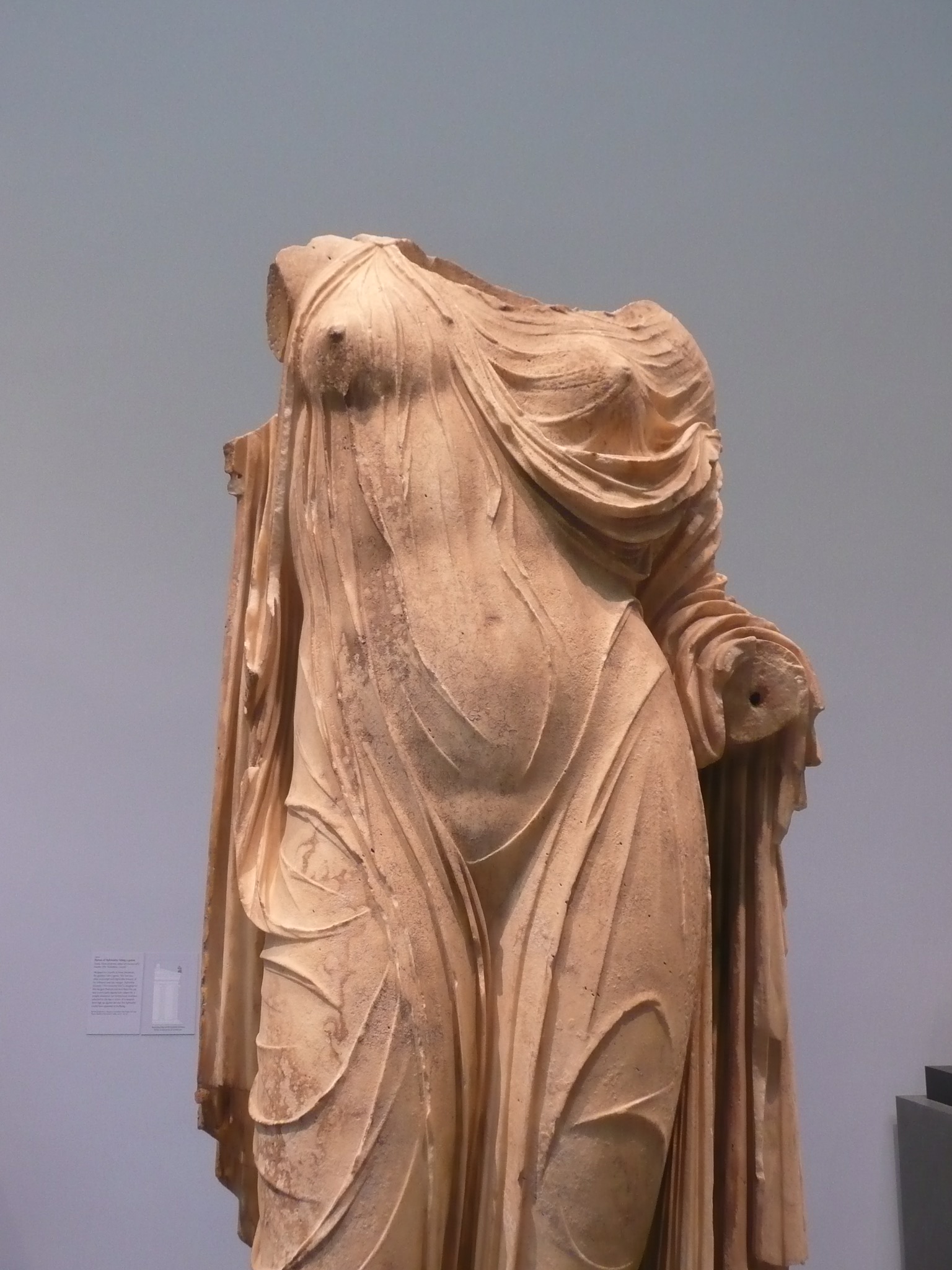 And my first sketch. 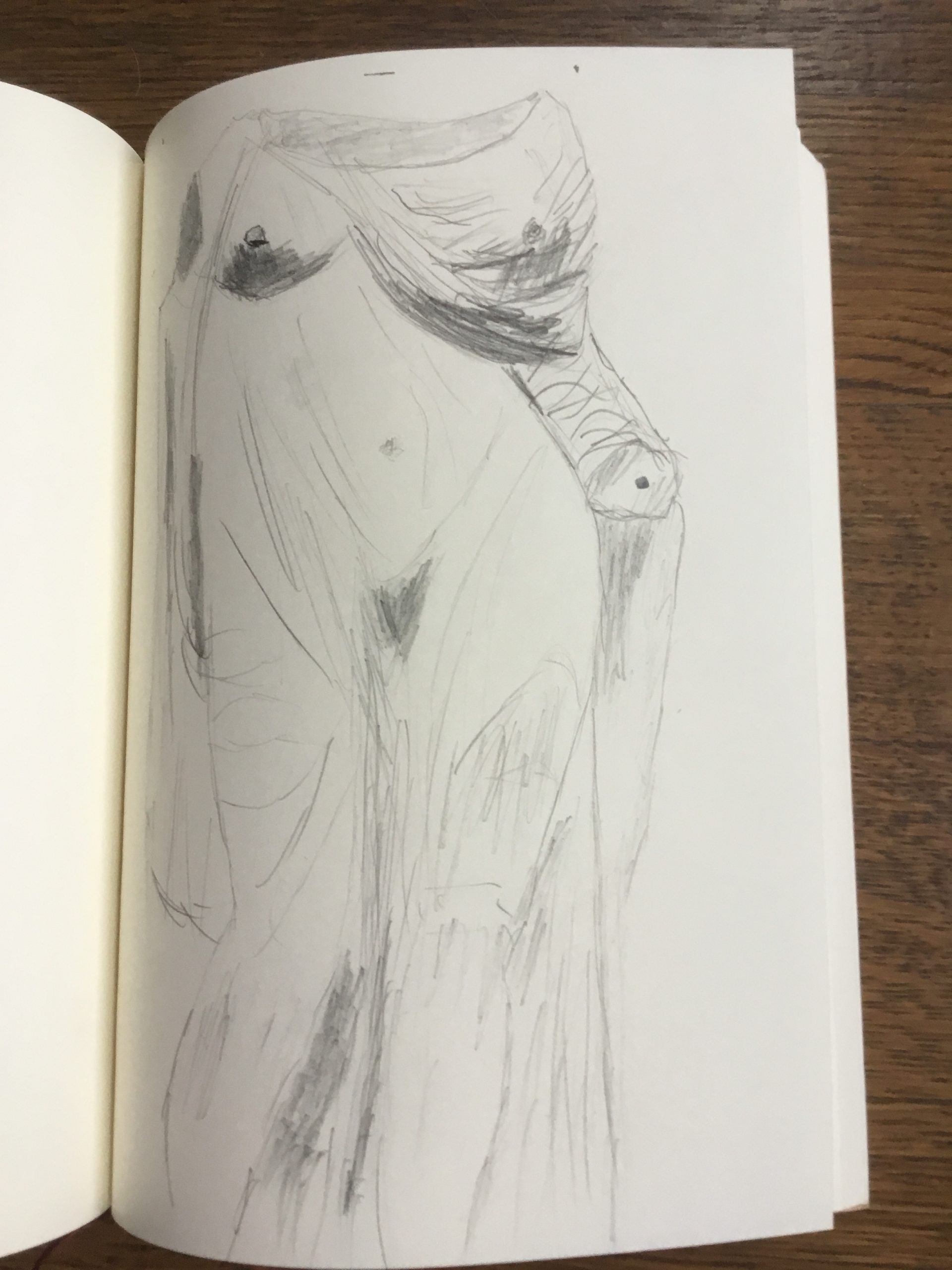 Not a bad start.
My goal is always the same: Amazing adequacy.

I’m an amateur, which is French for lover.
Perfection doesn’t interest me.
I am just happy to try. 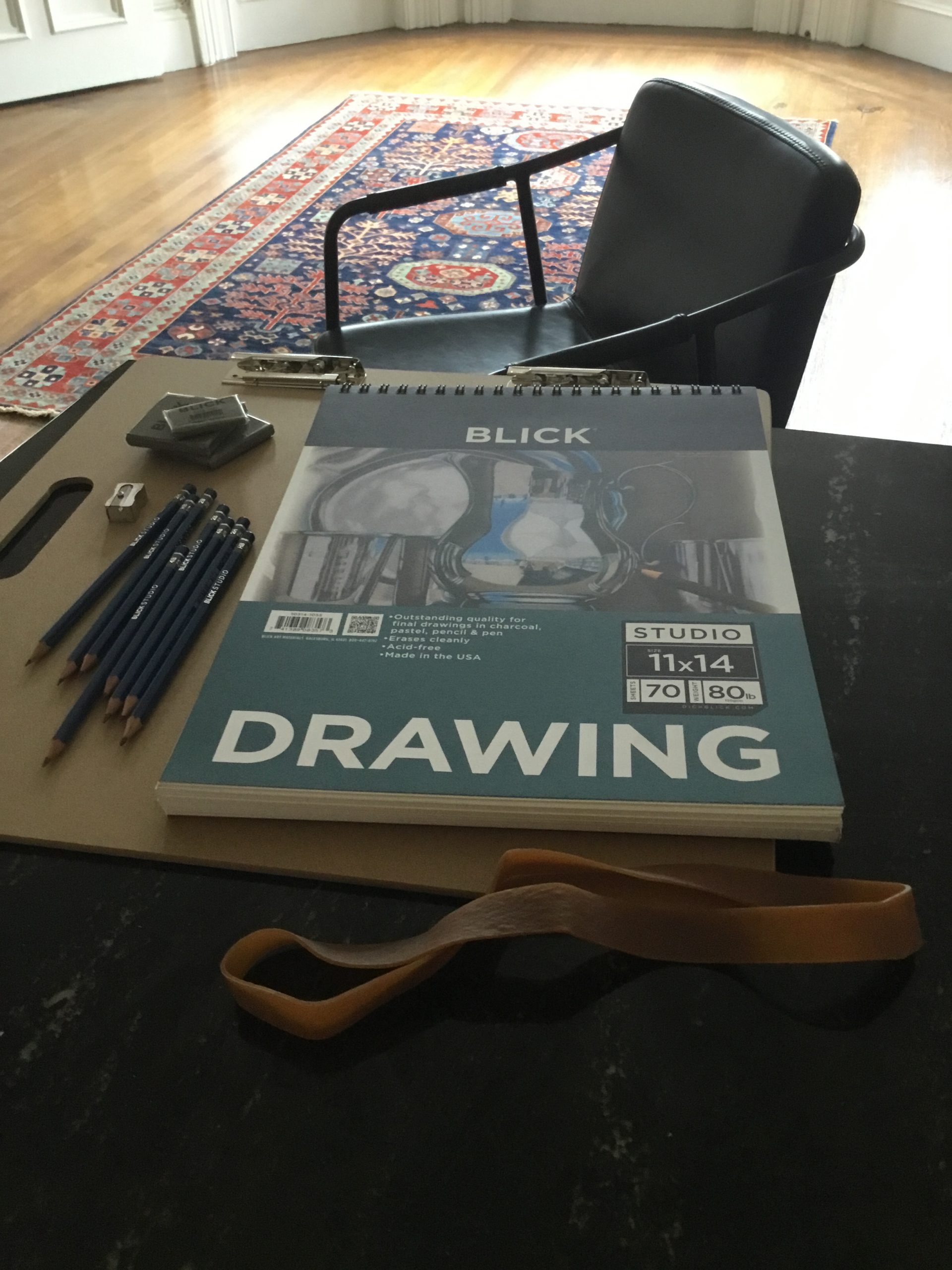 For even more practice, my instructor and I go to the Athenaeum, to work on some of the busts there.

I am trying to figure out Dante’s nose. 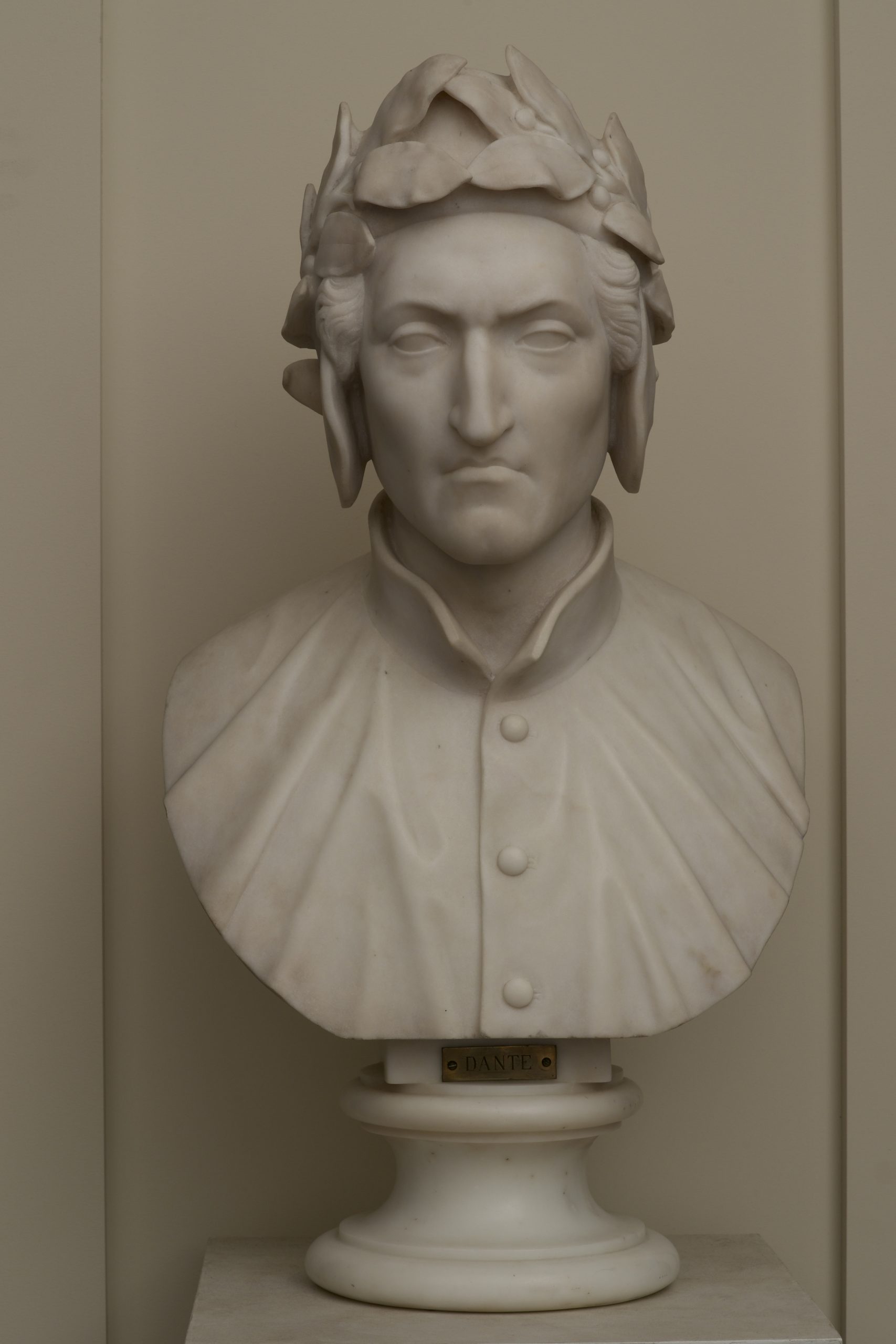 And that laurel wreath is no day at the beach either!

Lucinda is working on the Belvedere’s hair. 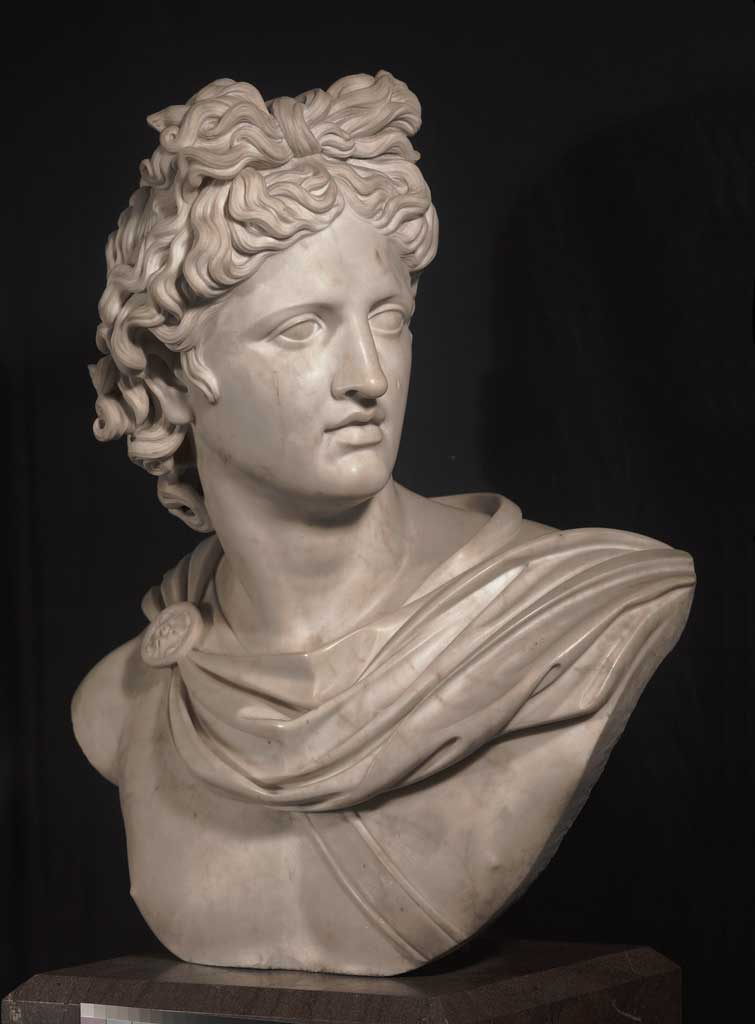 We will be at it for quite some time. 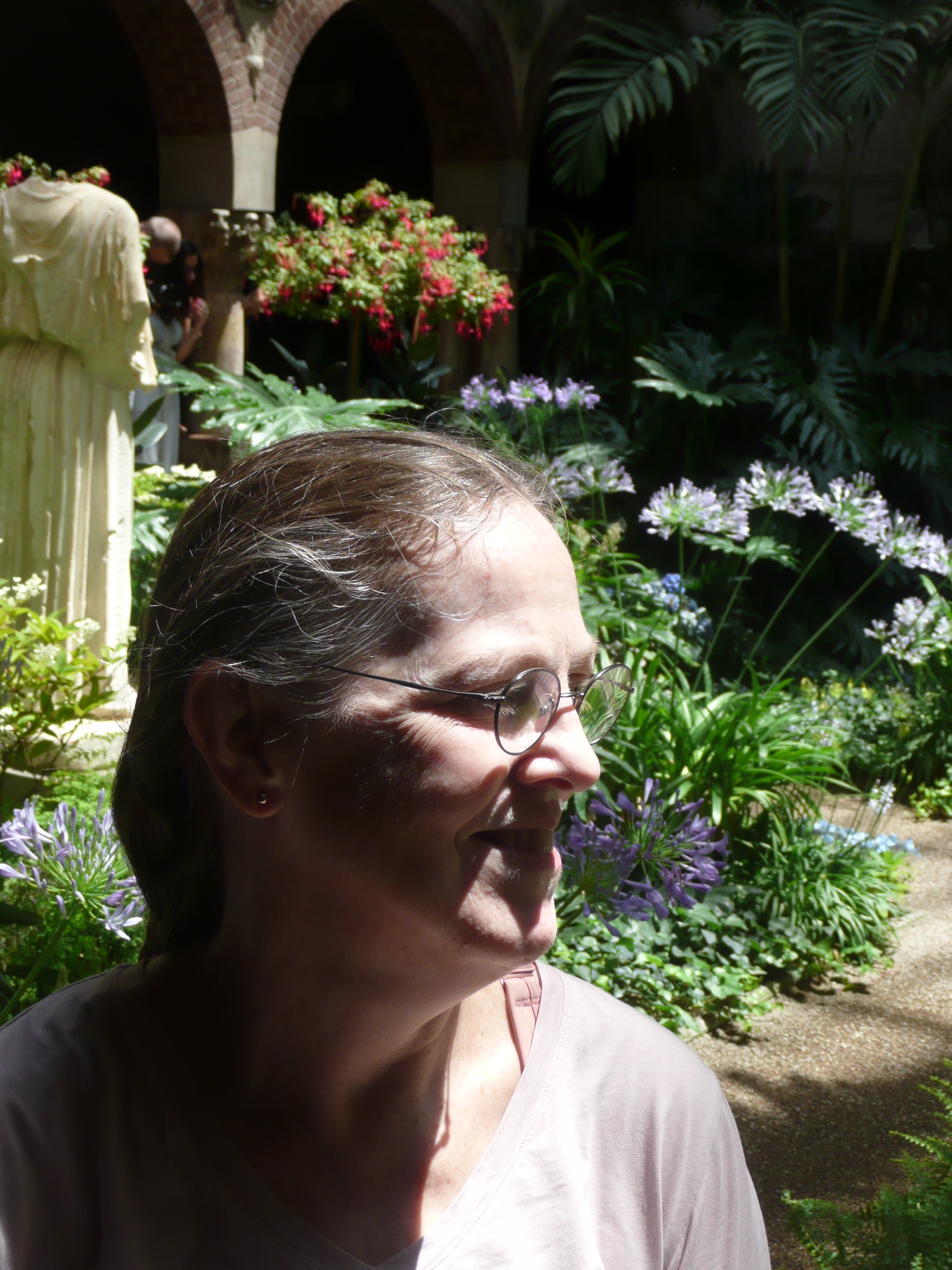