Man does not live by books alone.
Which is why God created pasta.
And She saw that it was good.

Most people who know anything about Boston know that the North End has long been the Italian section of town.
Where you can find really great restaurants like the Daily Catch.

I try to hit it for lunch on Tuesdays or Fridays. Because my cousin Mike D’Orlando (who is a Pisaturo) runs the show there. 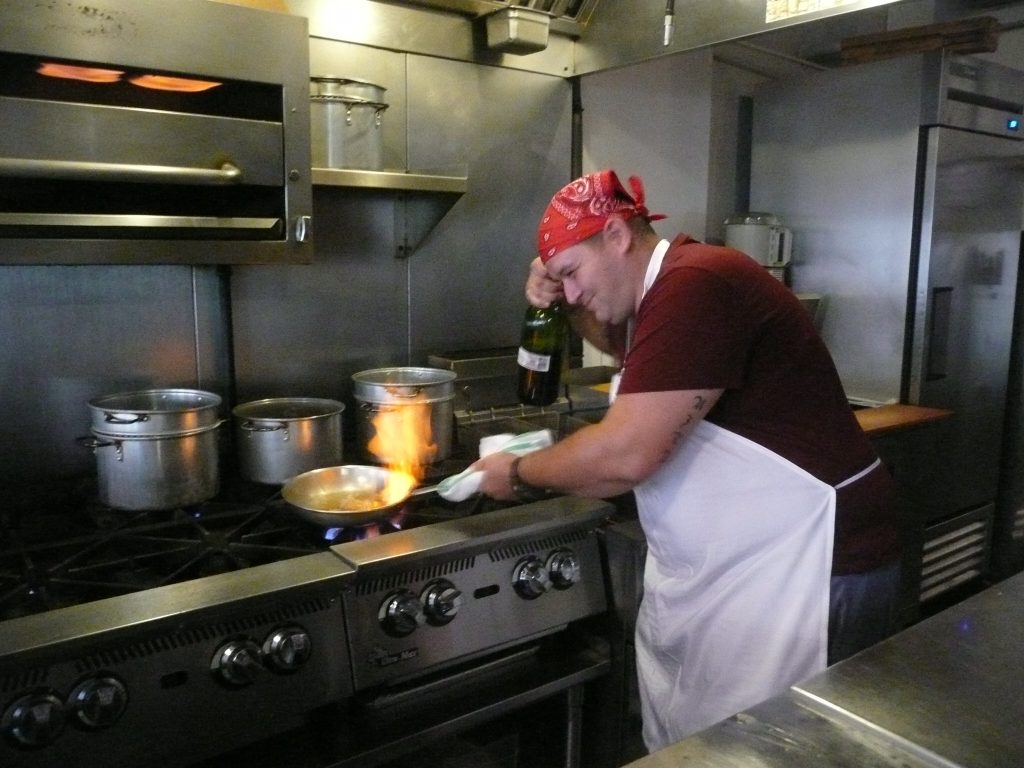 What you may not know is that the Daily Catch, on Hanover Street, is in the same block as the Paul Revere House. On North Street.
Along the the Freedom Trail.
My grandfather on the other side of the family, Vincent Falzarano, worked there in his later years as a tour guide.

So a Pisaturo and a Falzarano came across from Italy.
So their families could find a place in their new city.
So very close together.

I will write a separate blog on the Paul Revere House, its rich history and its connection to my family.
But today, it’s all about my Cugino. 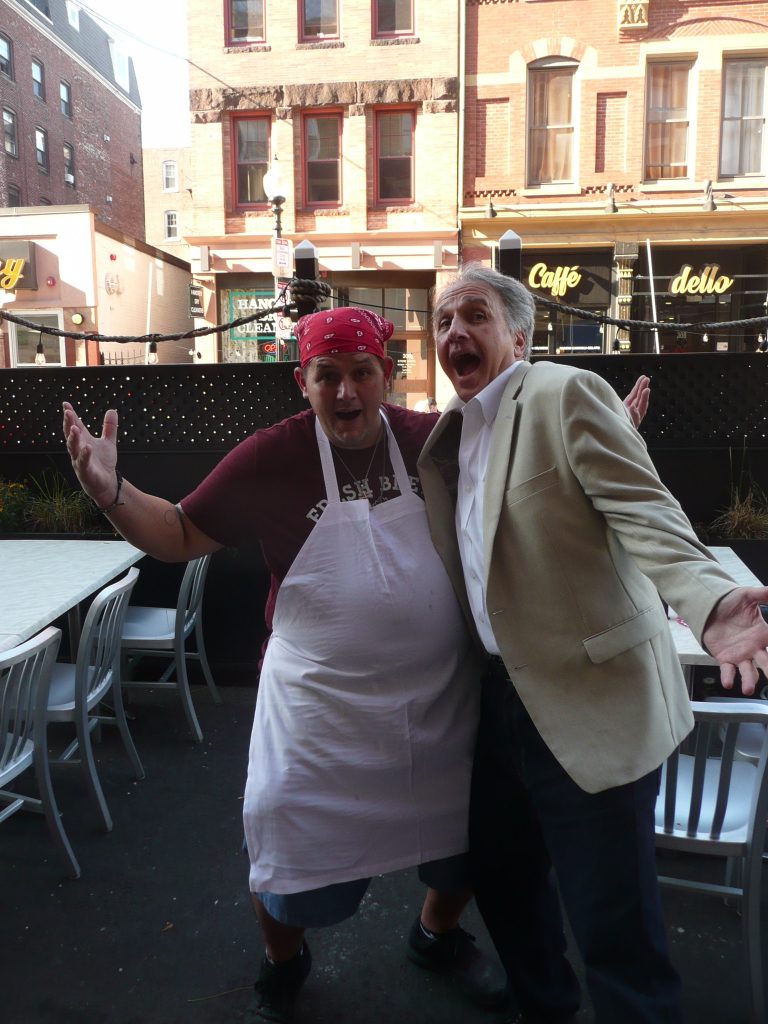 I never ask for a menu at the Catch. Because that would be insulting to the chef. Instead, I ask my companion if she would let Mikey cook for us.
And then I ask him what he is in the mood for. 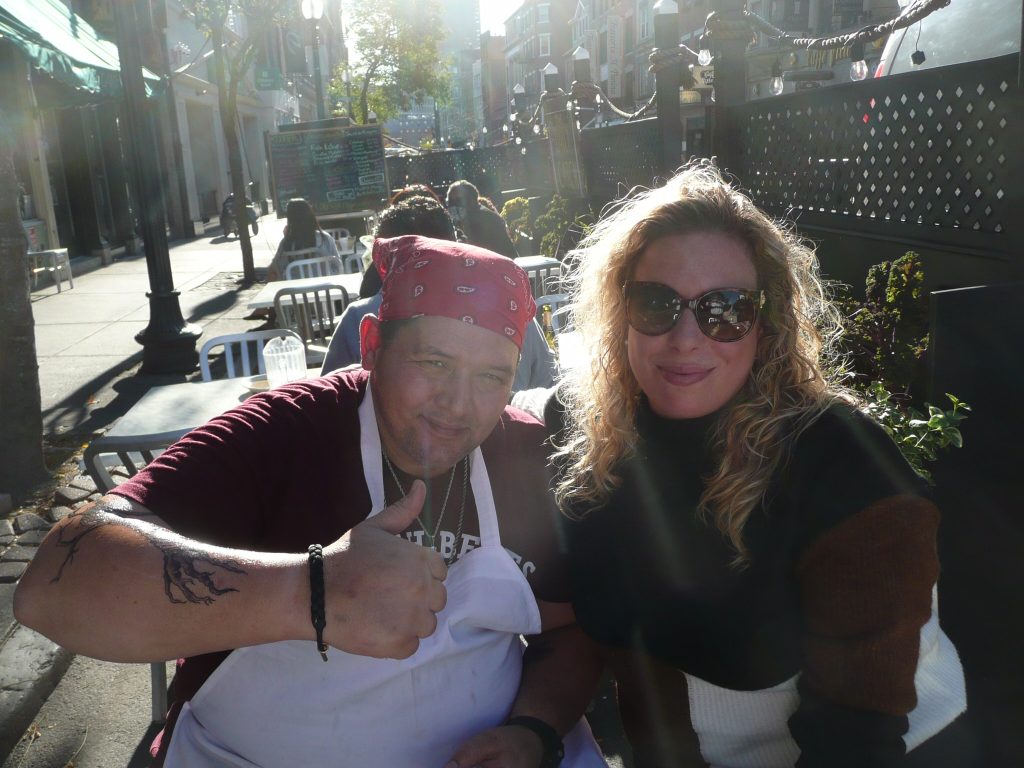 Today’s menu was a feast of shrimp scampi (with marsala), mussels (with enough garlic to thwart Vlad the Impaler), a succulent swordfish dish (with sun-dried tomatoes), red wine and, of course, pasta.

Rebecca, who is part Italian (the best part, no doubt), said it was amazing.

Mike has obviously learned a thing or two from his mother, my cousin Joanne Pisaturo D’Orlando, who is a great cook.
Here she is doing the St Rocco thing with her sister Jeannie.
In Edgeworth, traditionally the Italian section of Malden, Massachusetts. 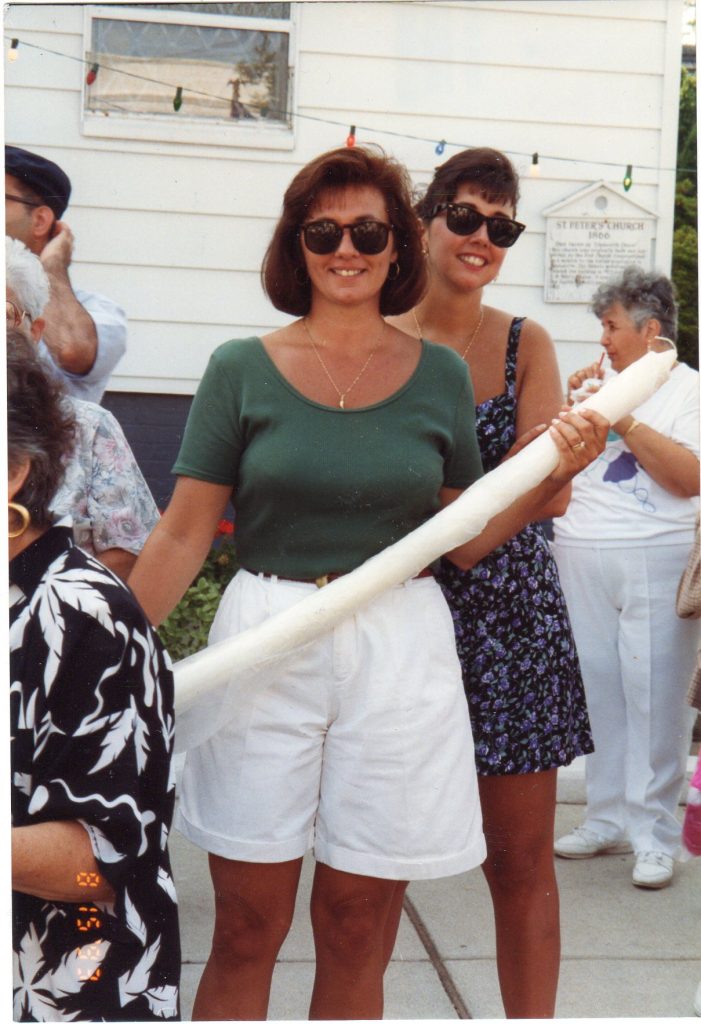 I hope that those of you who live near Boston, or who are thinking of visiting it in the future, will let me take you to lunch at the Catch.
It would be my great pleasure.

And you could see that Mike D is the real deal.