Wherever you live in Boston, you are never far from water.

Chez Jimbo was built on land that was created from a drained marsh.
That’s why they call my neighborhood the Back Bay. 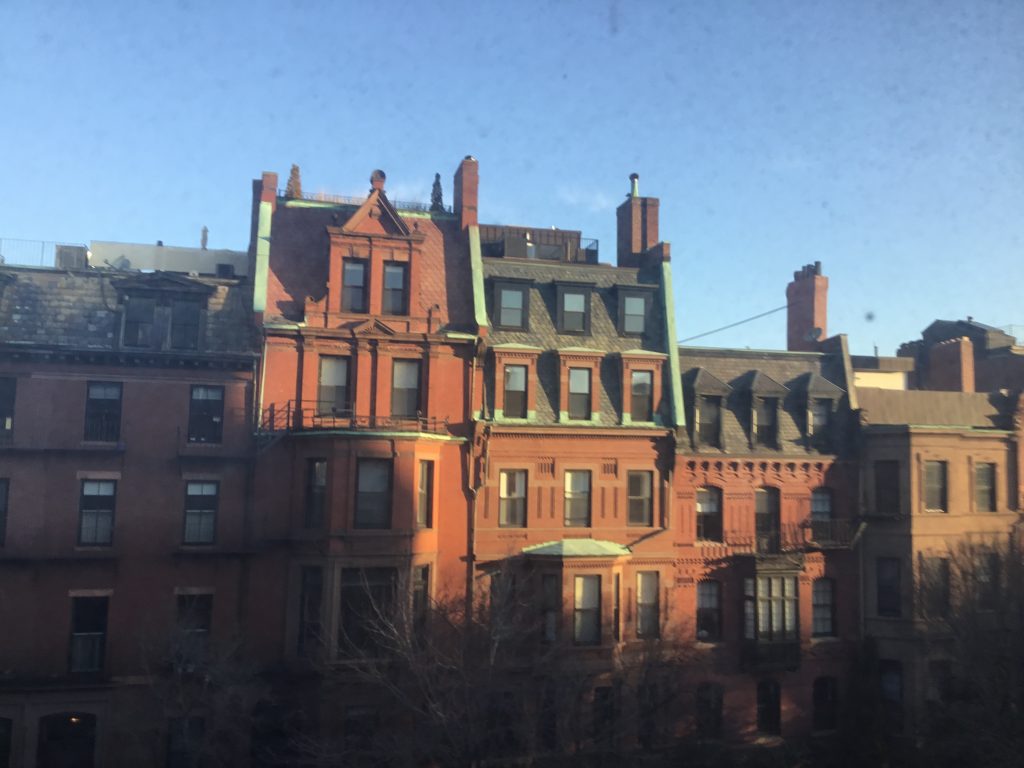 The Lagoon in the Public Garden is the closest body of water. 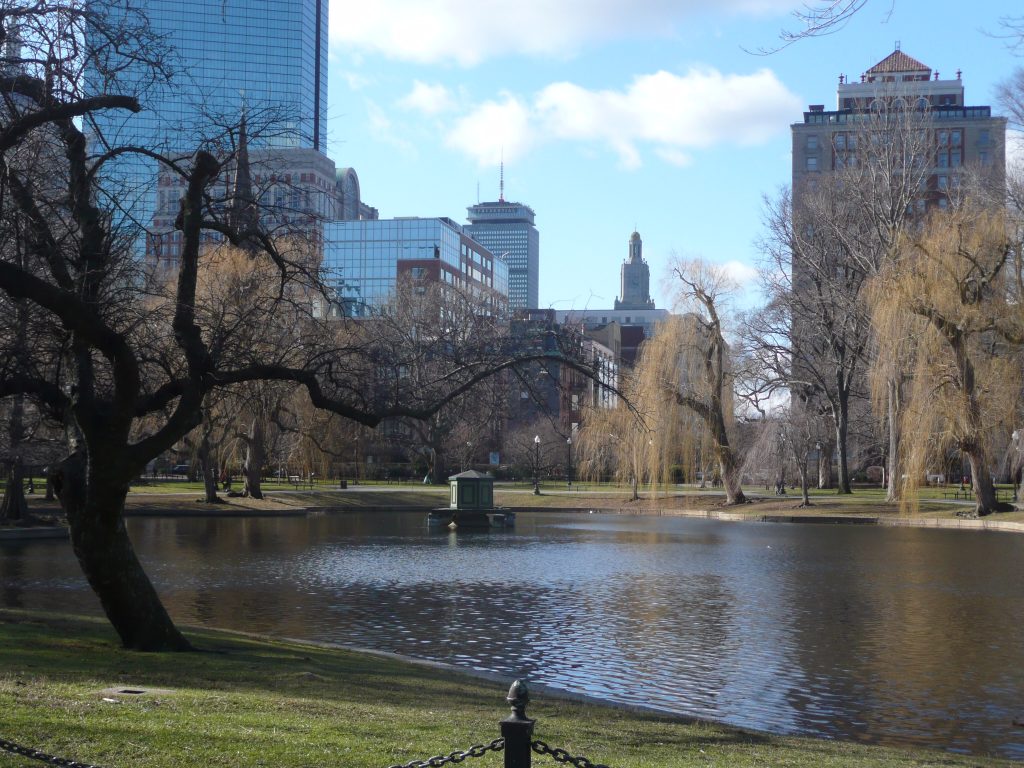 The Charles River is the next closest, but it’s neck and neck. 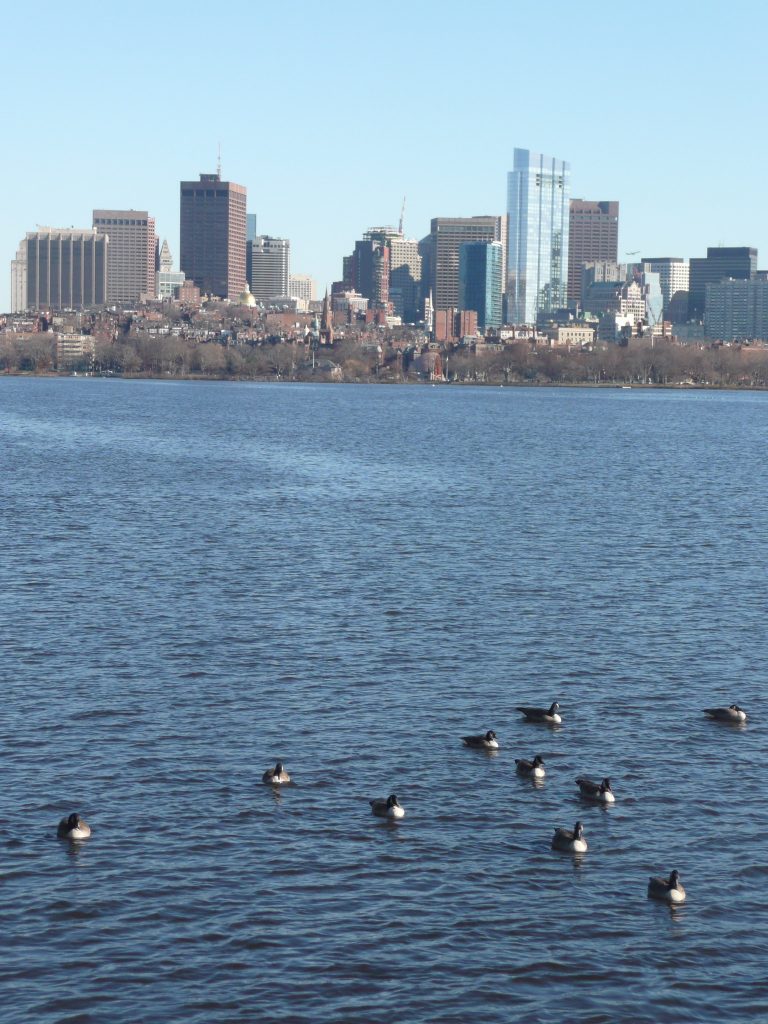 Boston Harbor is almost impossible to miss, whether you are in the North End or in Southie. 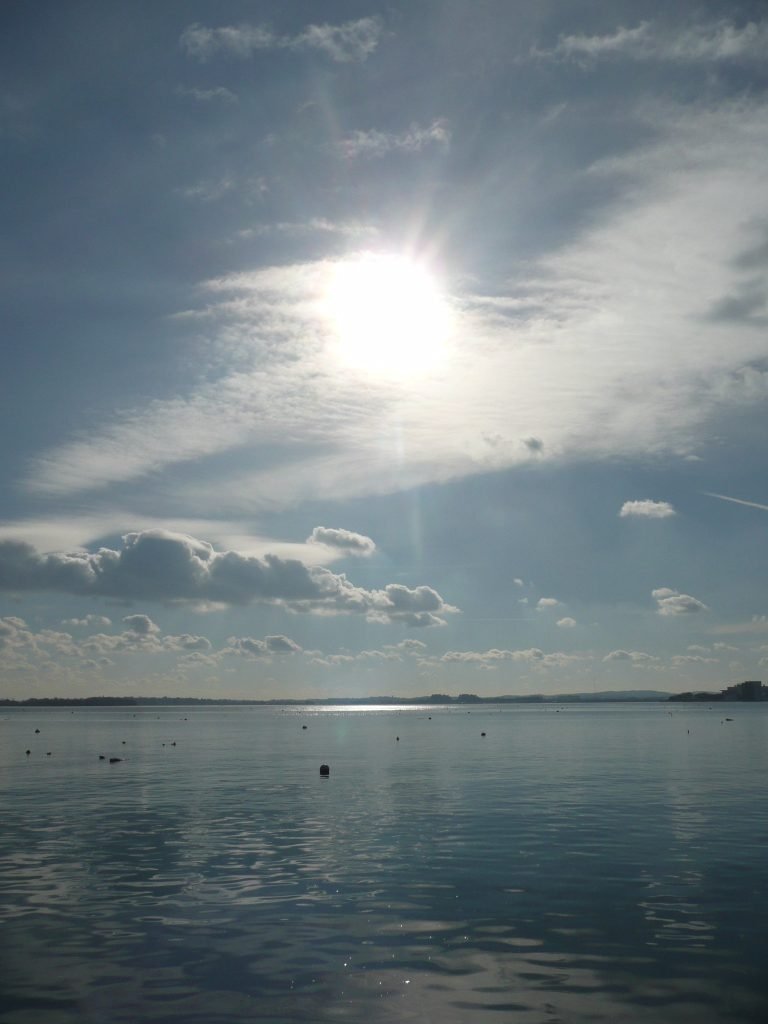 And the Mystic River is less than an hour’s walk. 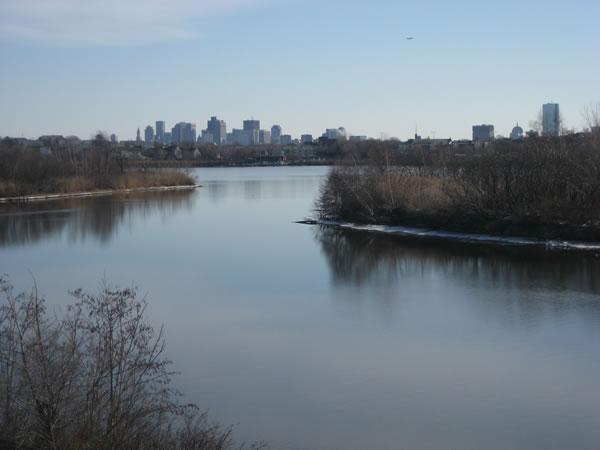 The earliest white explorers considered the land just north of the Mystic to be wild and uninhabitable, filled with dangerous beasts. Present-day residents of the North Shore can perhaps best judge whether this is still applicable. 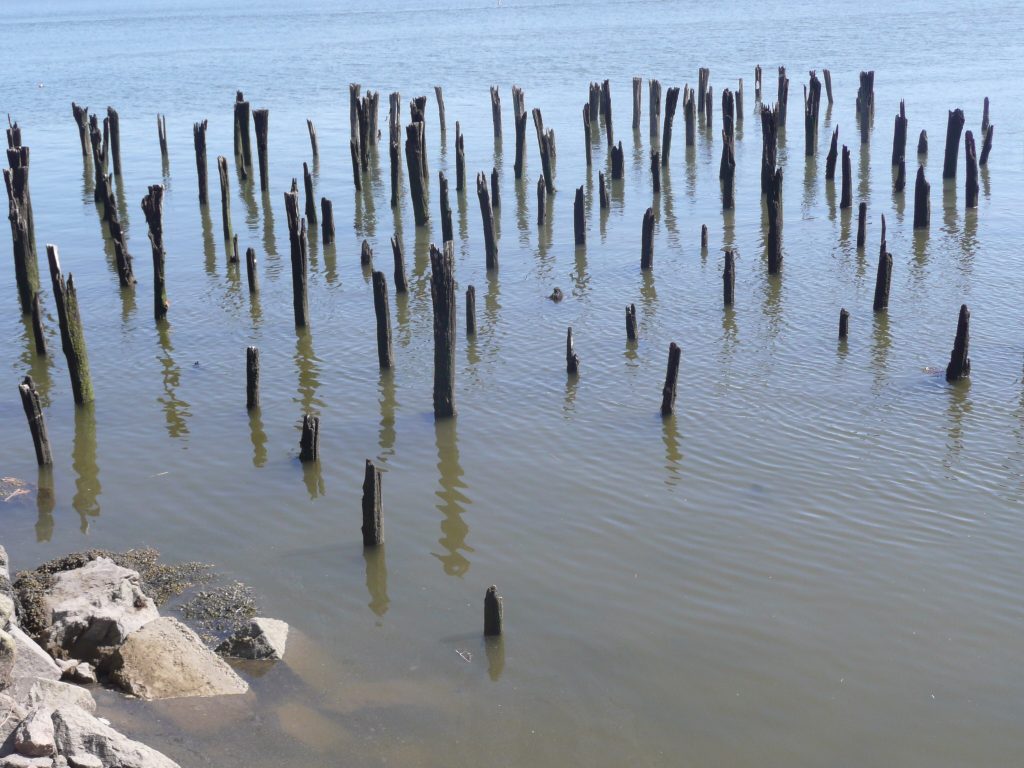 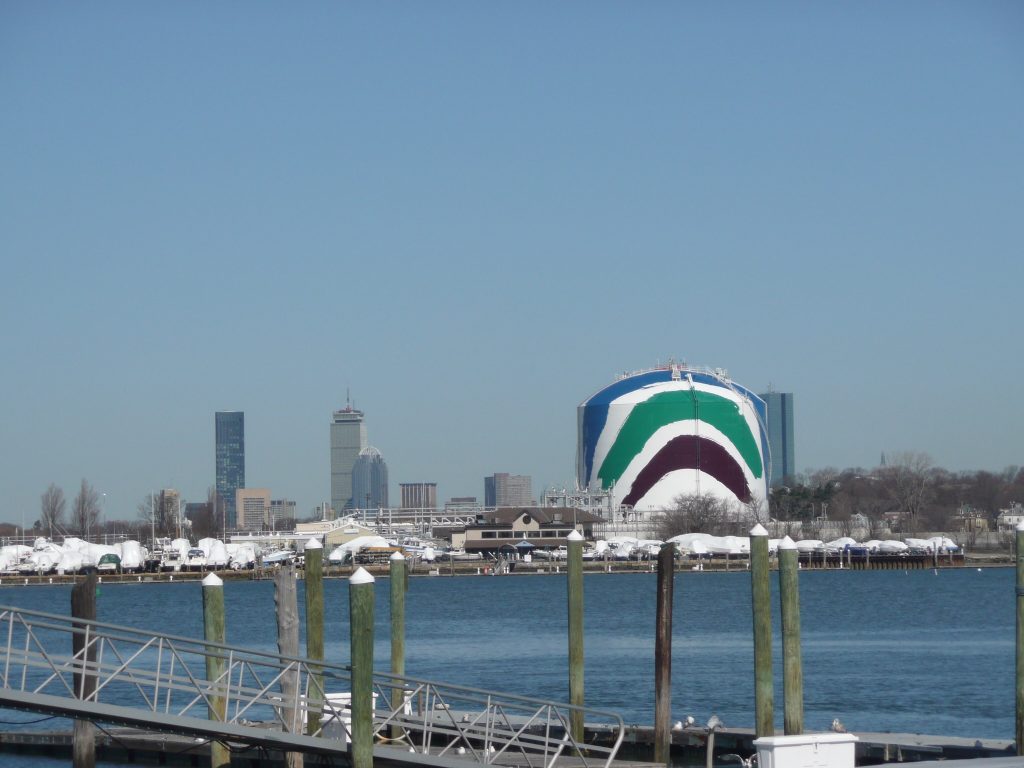 A lovely park runs for about eight miles along its shores. 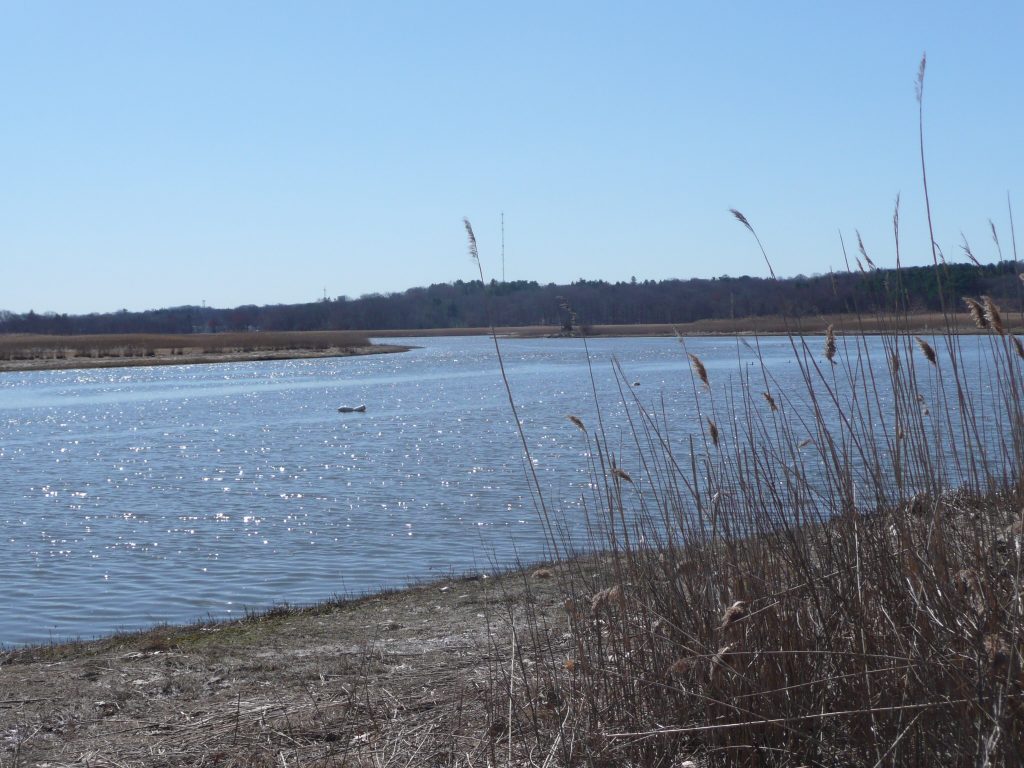 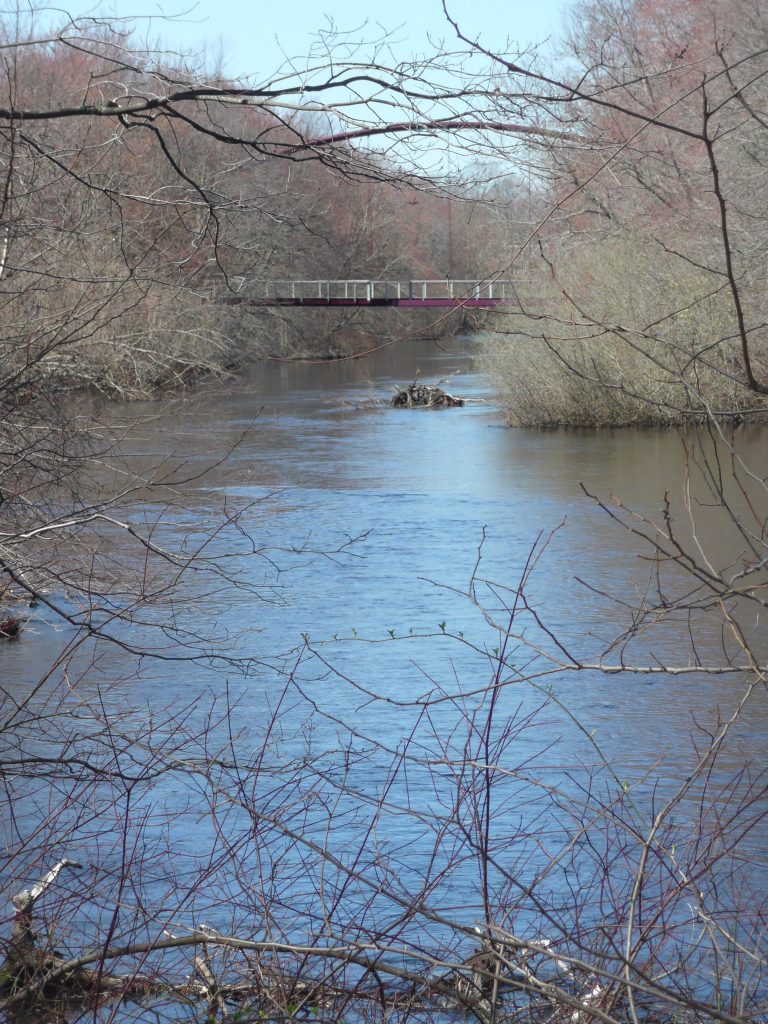 These guys were hogging the trail! 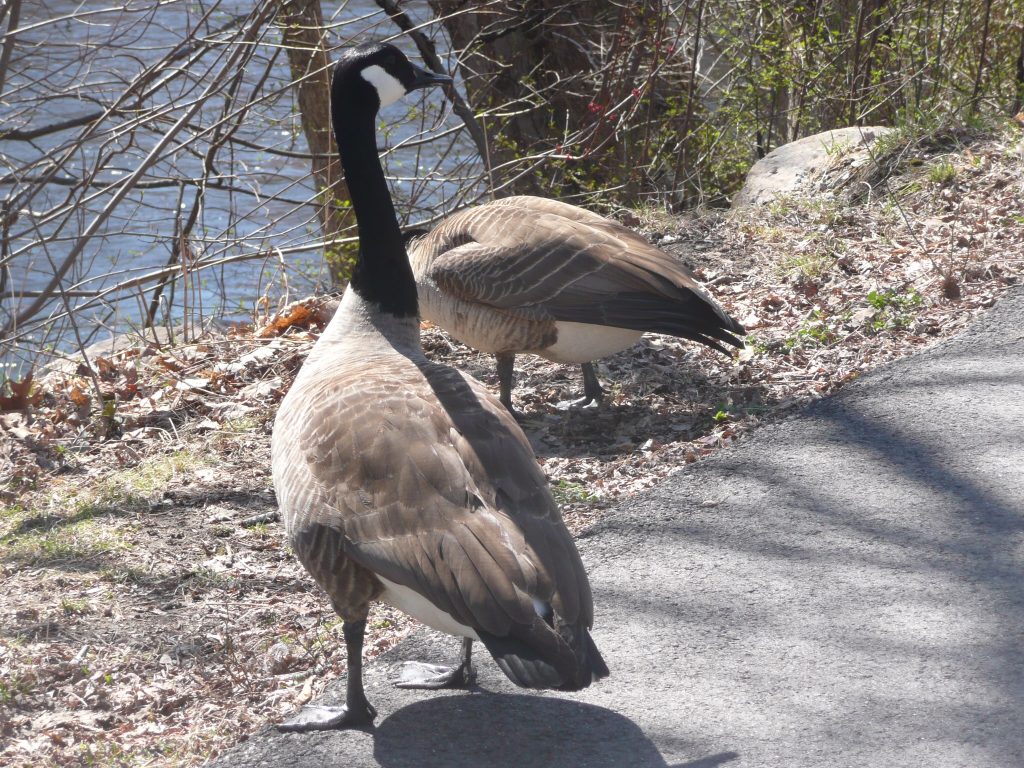 The river turns inland, but is no less beautiful. 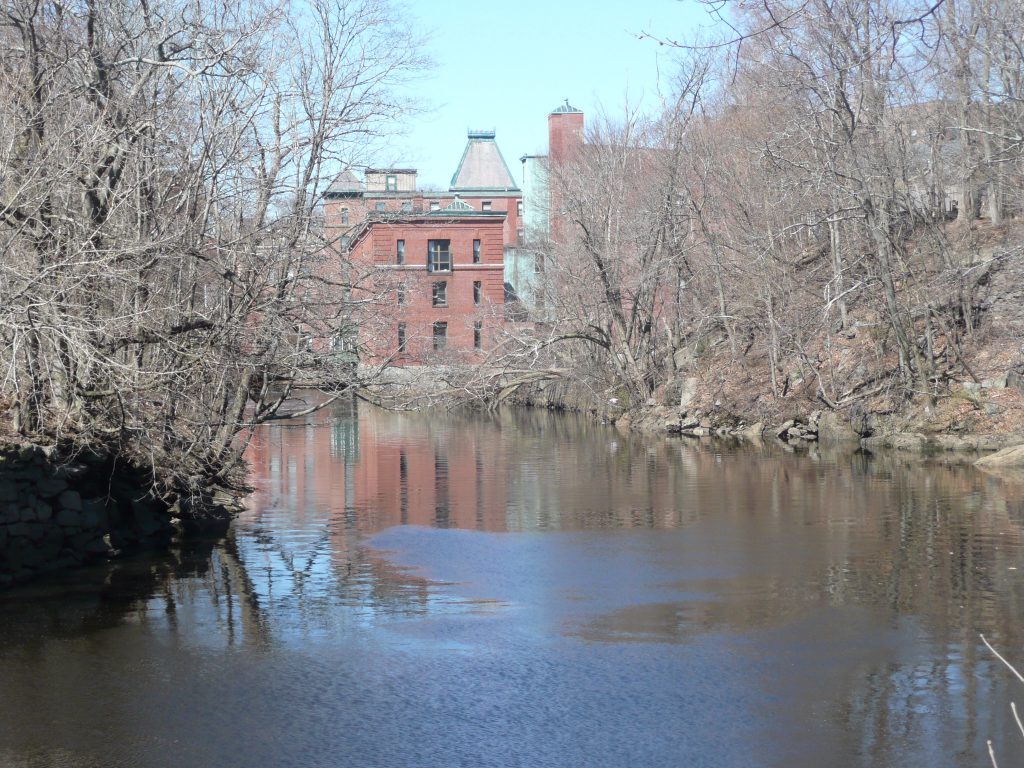 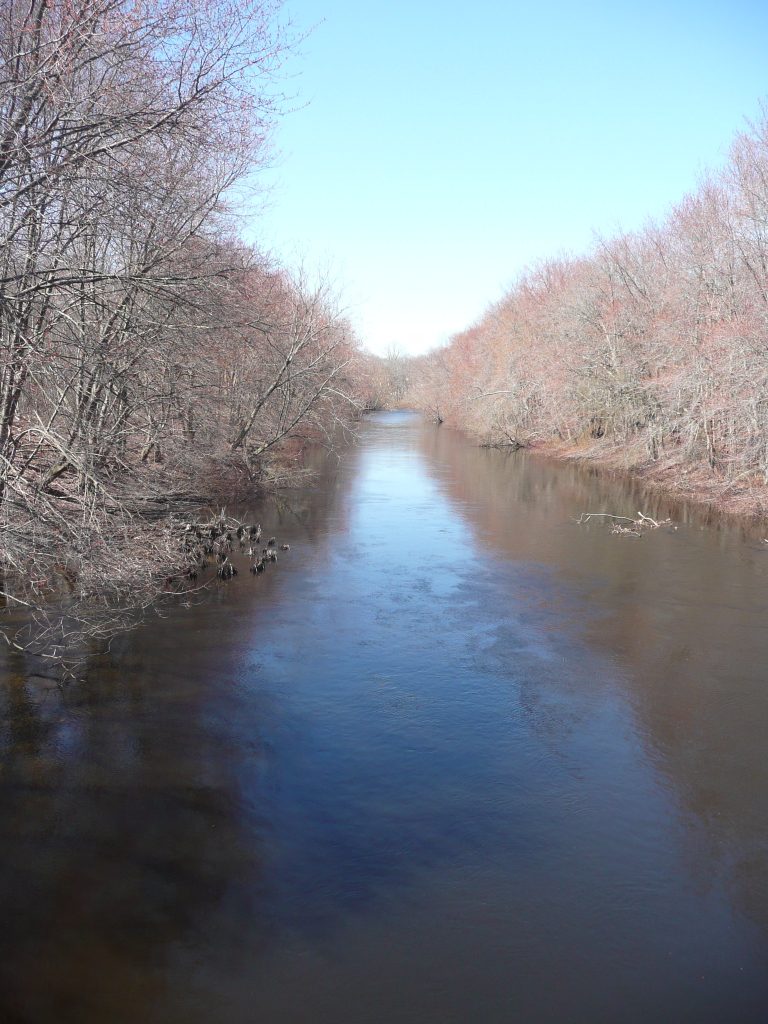 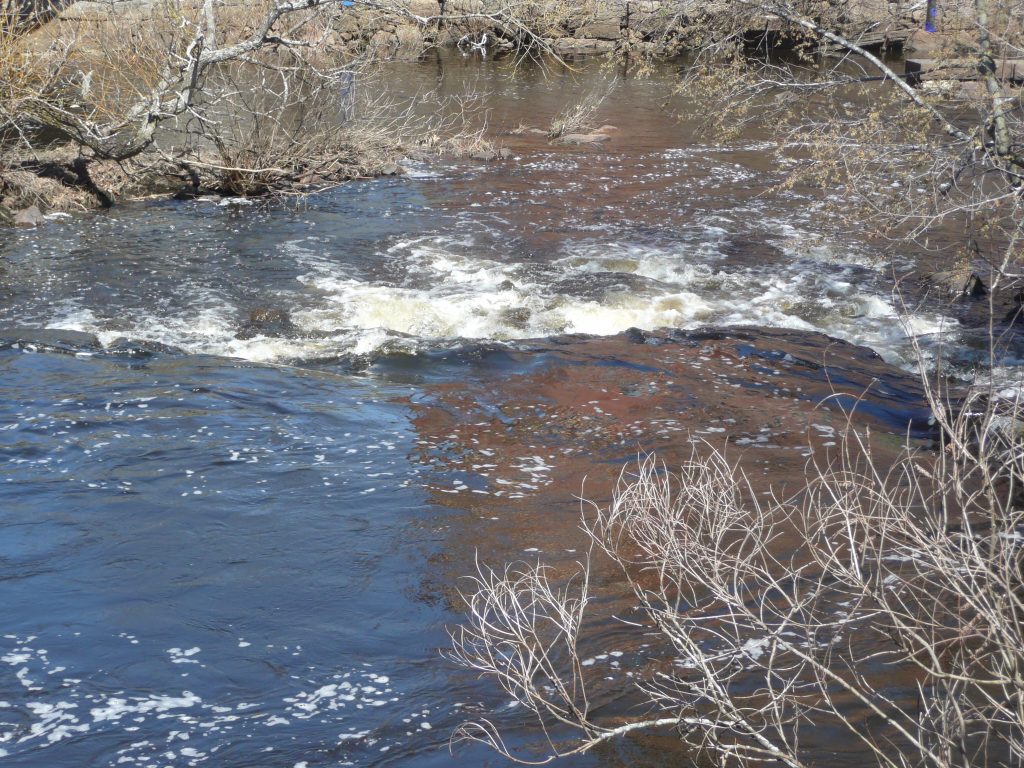 Of course, the Neponset tribe that gave the river its name is nowhere to be found. 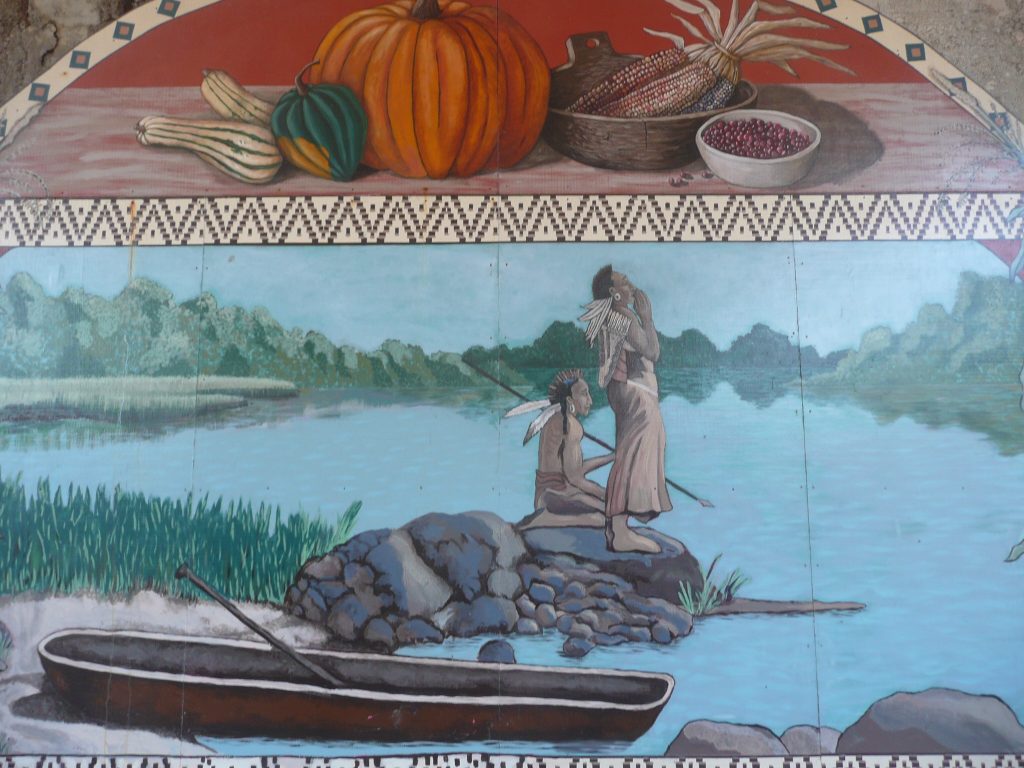 At least the White Man kept the name.
As they did with that Massachusett tribe.

The Greenway ends in a neighborhood of Boston called Mattapan. 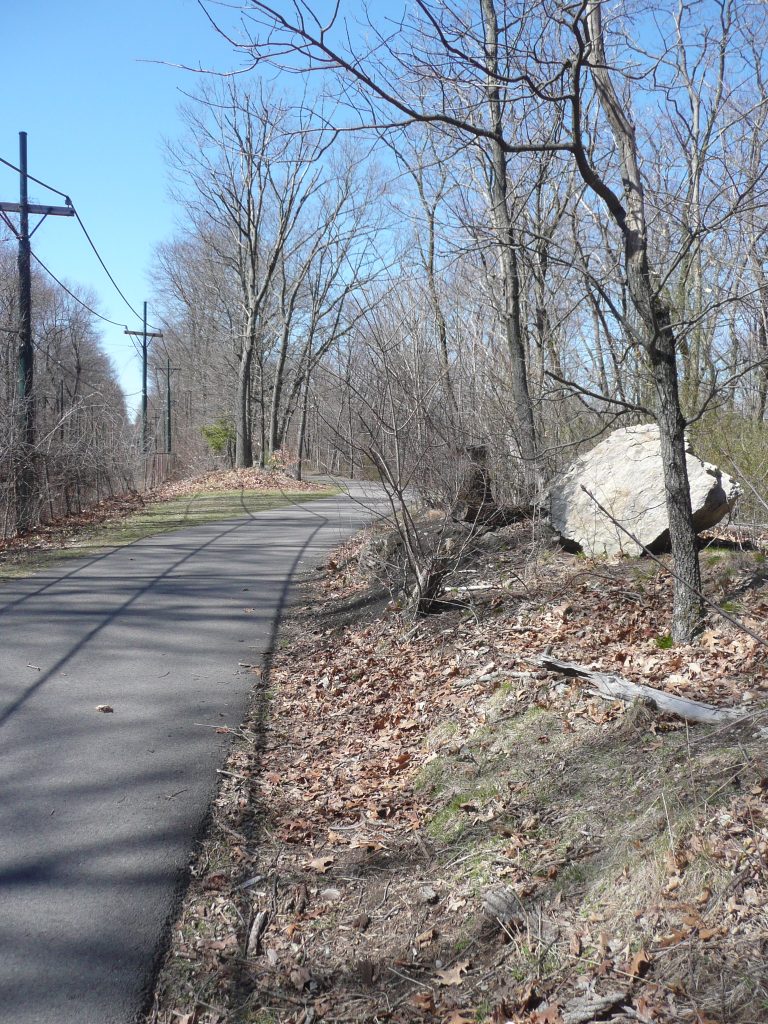 From there, you turn south toward another fabulous hiking spot. 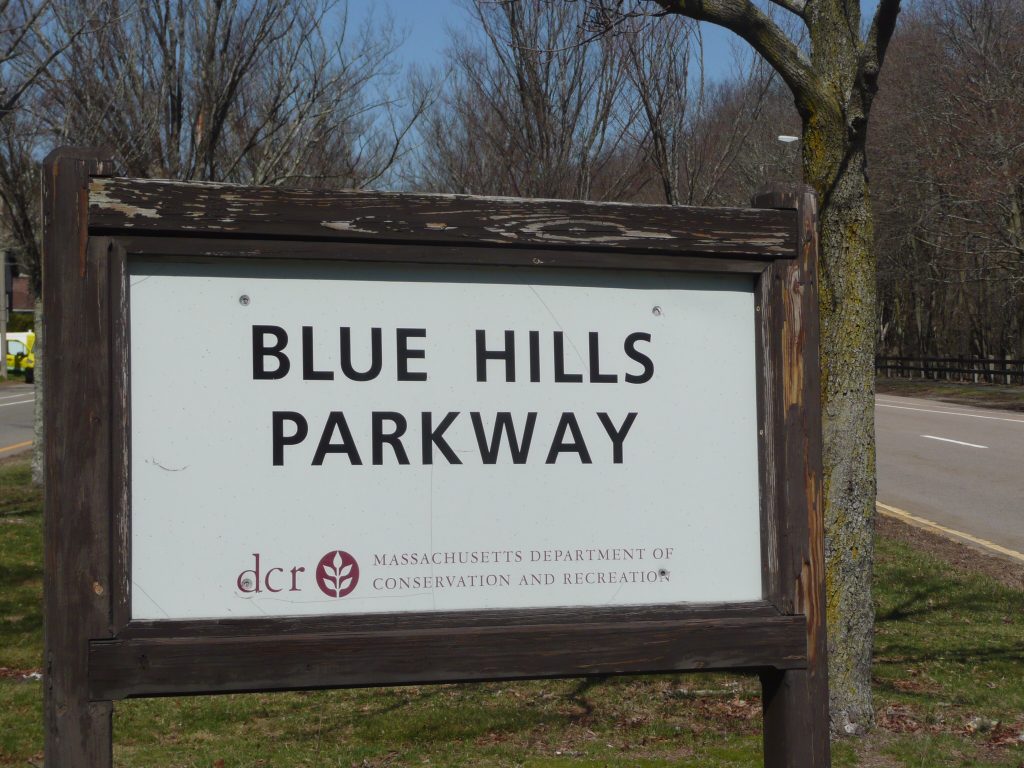 But that’s a subject for many other happy days.

A Touch Of Frost