(Warning: This blog post contains uncensored images of human faces. Some photos may even show signs of excitement or wholesale glee. Viewer discretion is advised.)

If you are any kind of Bostonian at all —
Proper, Improper or Jimproper — you know who this is. 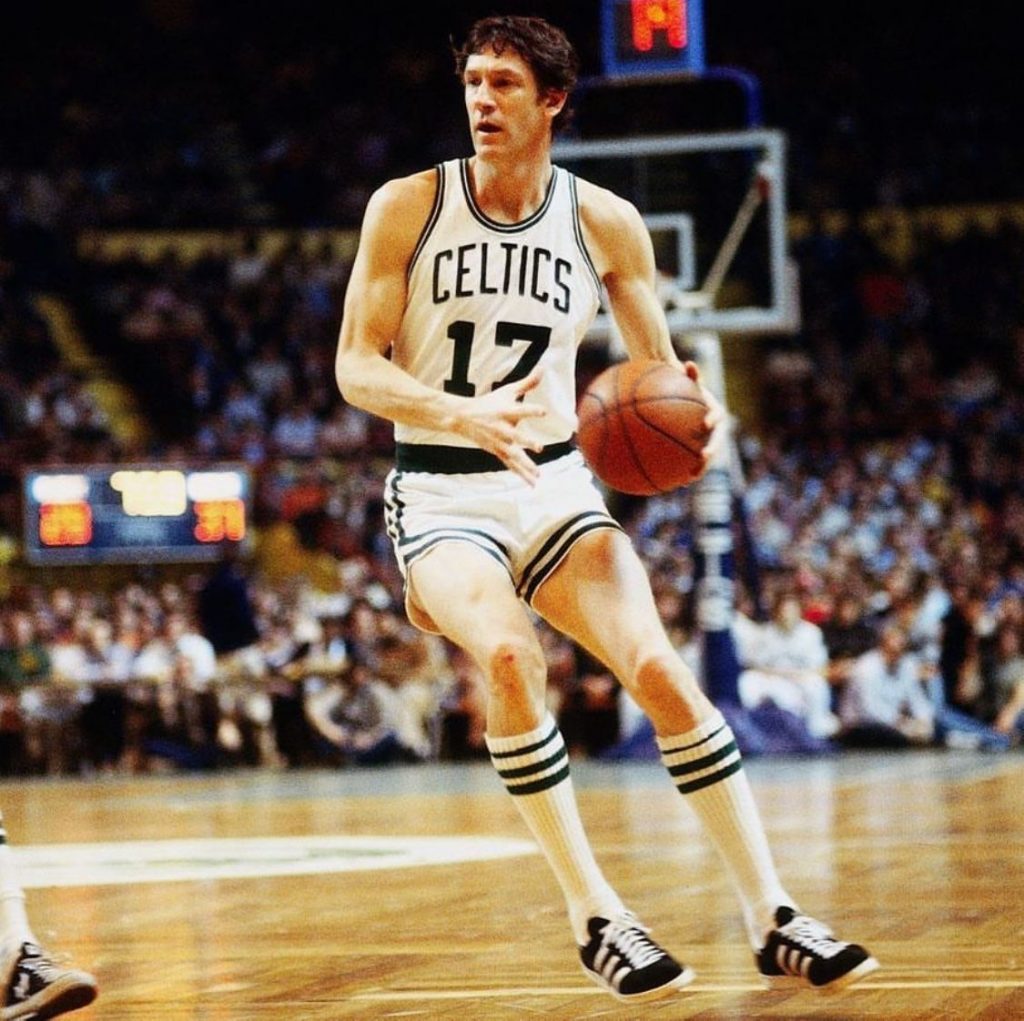 When I was in high school, he lived on our street: Converse Lane, in Melrose, Massachusetts.

And one of his Celtics coaches, John Killilea, was our physical education instructor at Melrose High.

I can still hear him yelling at me, as I desperately tried to complete the 440 (four laps around the track): “Pick it up, Falzarano, or you’re gonna do it again!”

Where I come from, everyone knows where they were.
When this moment happened.
At the Boston Garden.

Announcer Johnny Most had the call. 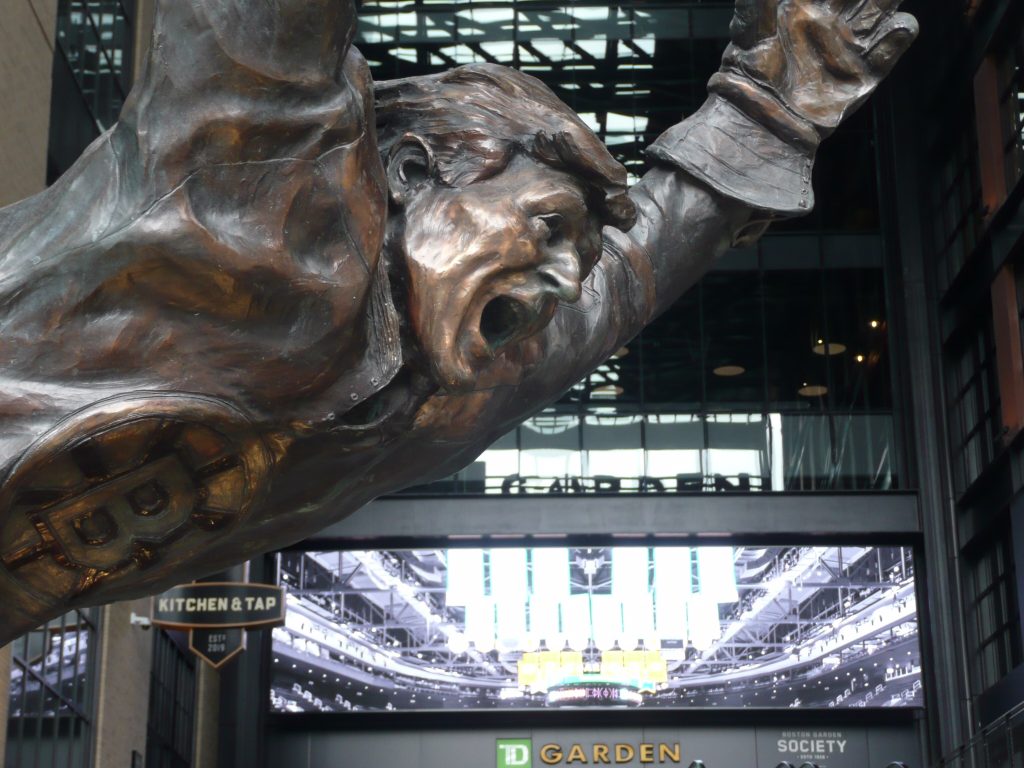 Is not to be confused with the Public Garden. 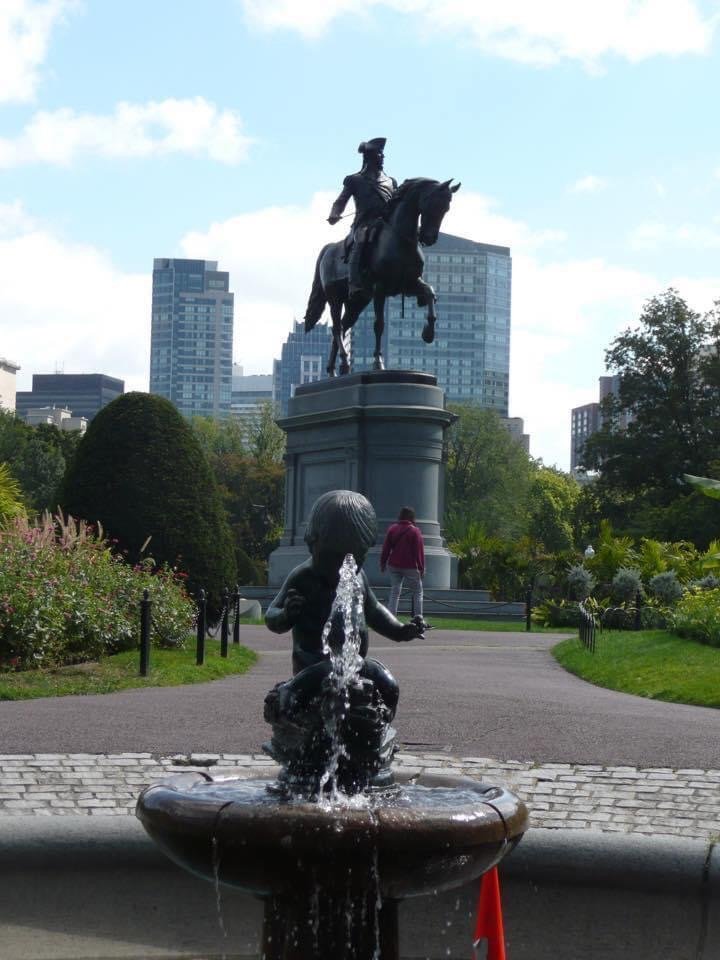 Another great moment at the Garden happened a few years later when I was in high school.
Number 4. Bobby Orr. Winning the Stanley Cup. 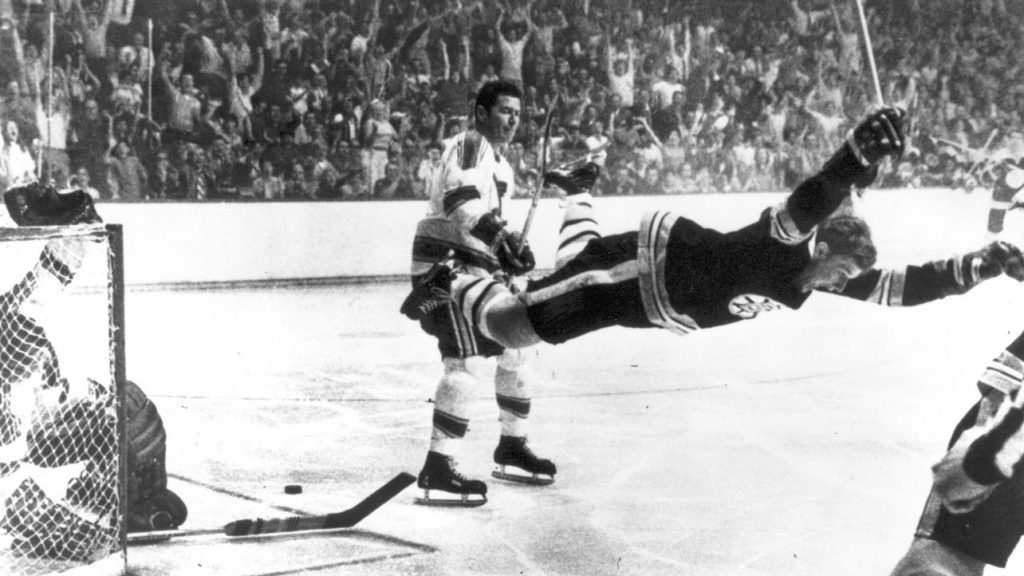 This moment, too, is immortalized.
By the statue in front of the Garden. 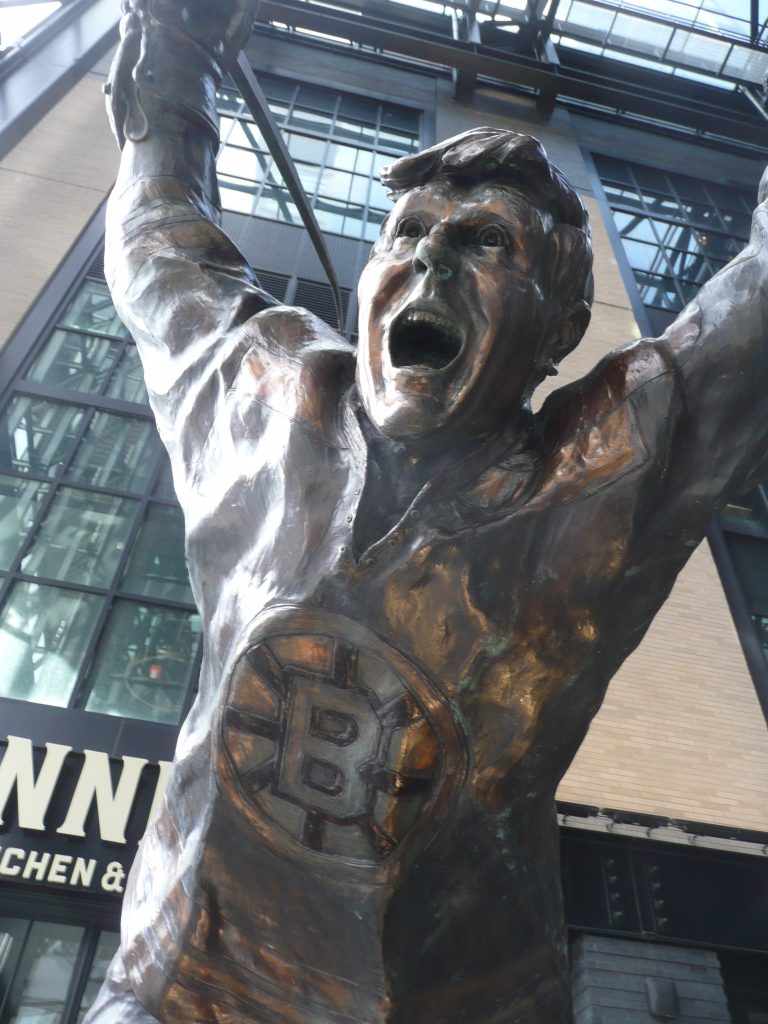 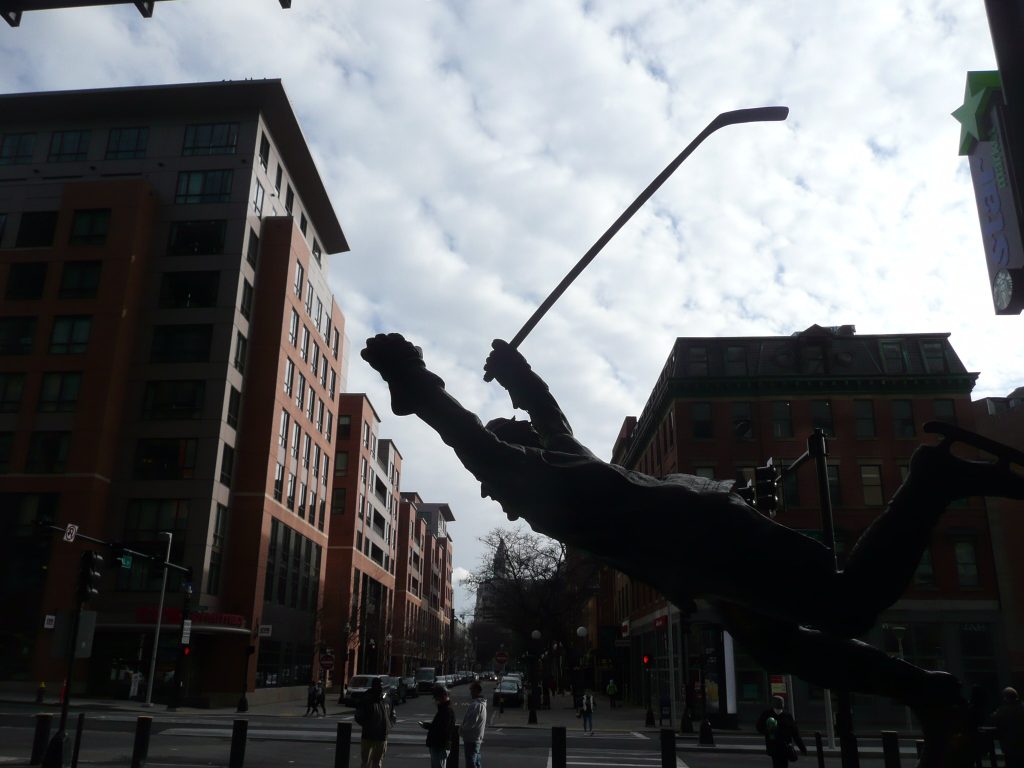 When I went to London in 2000 to marry my lovely ex-wife Nancy, I gave up everything.
As one should for love.

But if I had thought about the sports I was giving up, I might have at least paused for a moment.

When you are born in Boston, your birthright consists of four teams. In four sports. 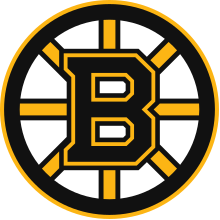 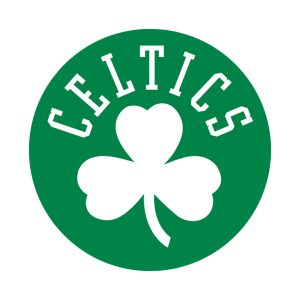 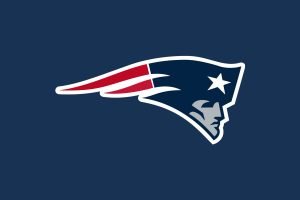 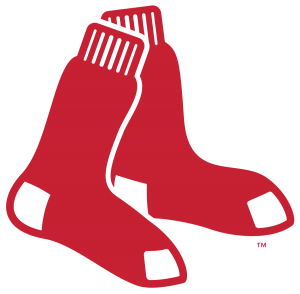 Asking a Bostonian to choose a favorite team is a bit like asking a parent to pick a favorite child.

They are always a part of your life.
Wherever you happen to be in the world. 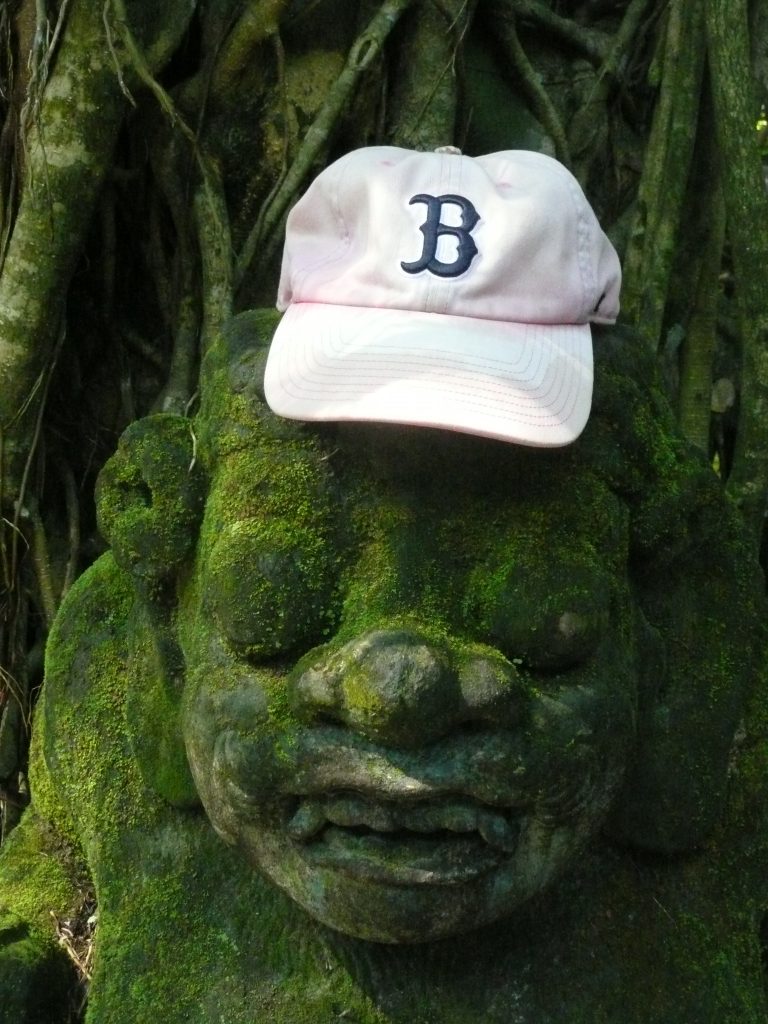 I do have a soft spot for the Bruins.
As kids we used to play hockey on the frozen ponds near my home.

And hockey is the only sport I have really bled for.
I broke my nose at Brown University while playing an intramural game.

(After I got my beak reset, my mother actually told me it looked better.
My own mother.)

I have enjoyed some fine moments at the Garden with Boston superfan Dave Mace. 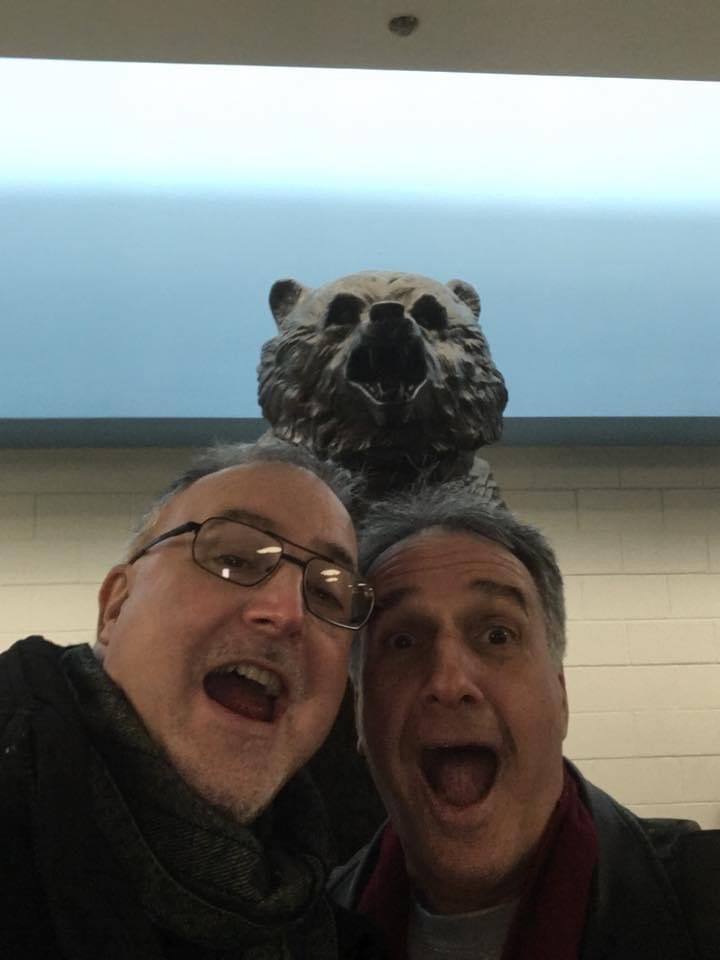 We have an elaborate pregame ritual.
This part I am allowed to show you:
Fueling up at Faneuil Hall.

I go for the steamers.
Mace is a raw oyster guy. 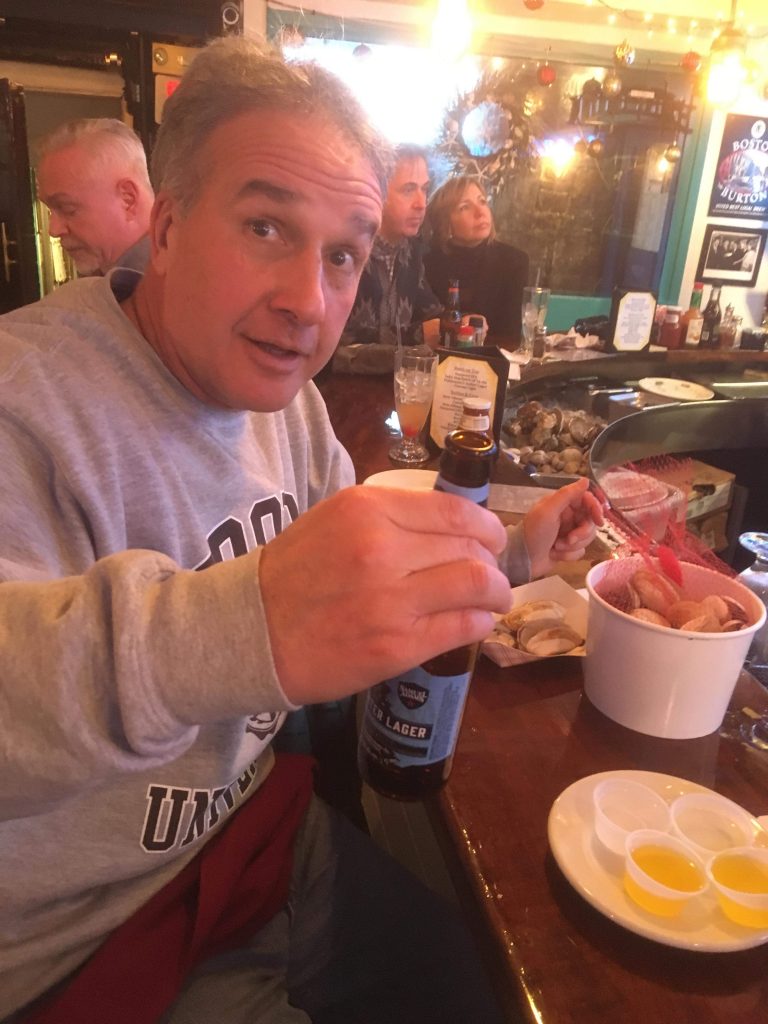 Then it’s on to the game! 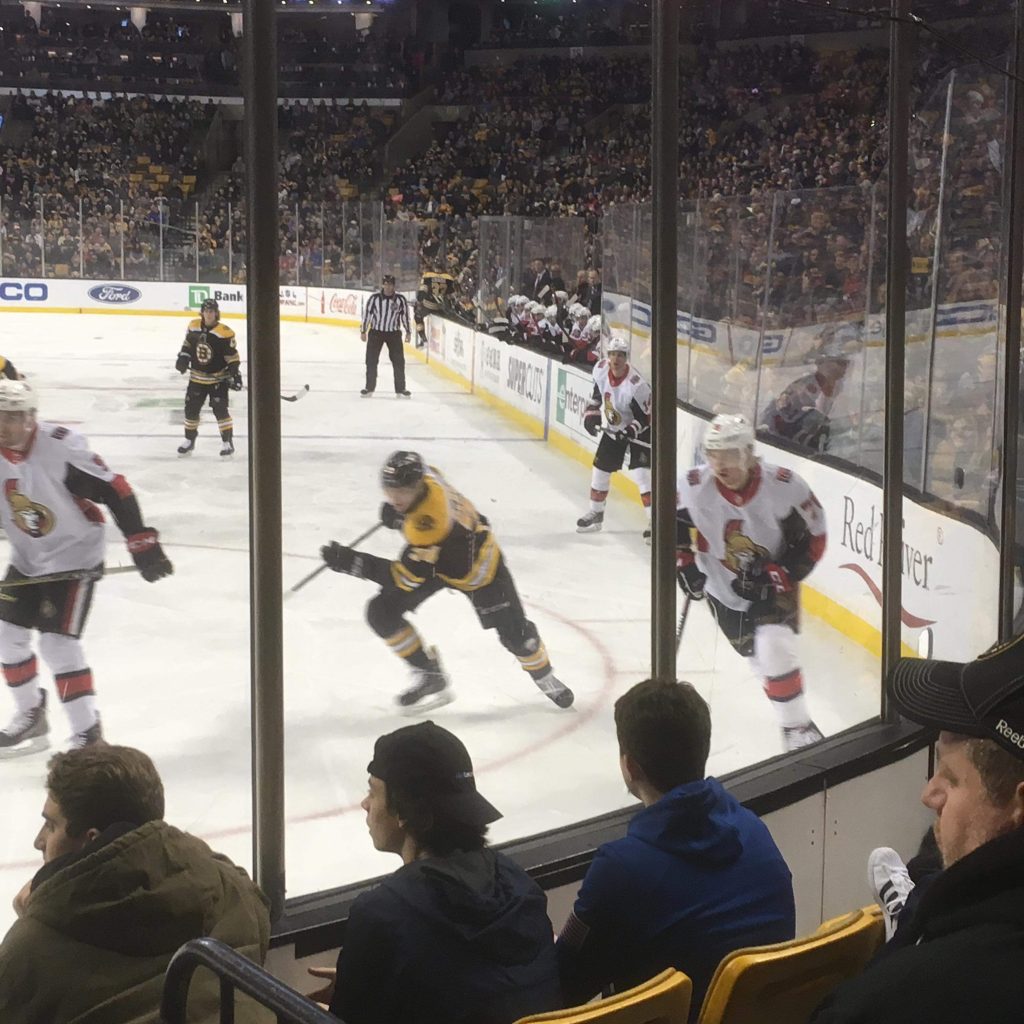 My 20 years in London coincided with a historic period of success for my four Boston teams.

Of course, I followed my teams over there. But because of the five-hour time difference, the games took place in the middle of the night. 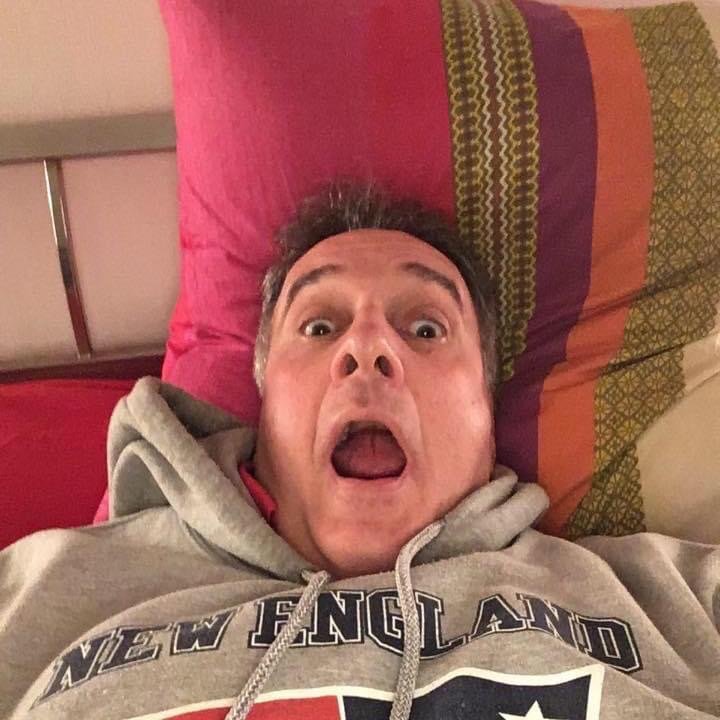 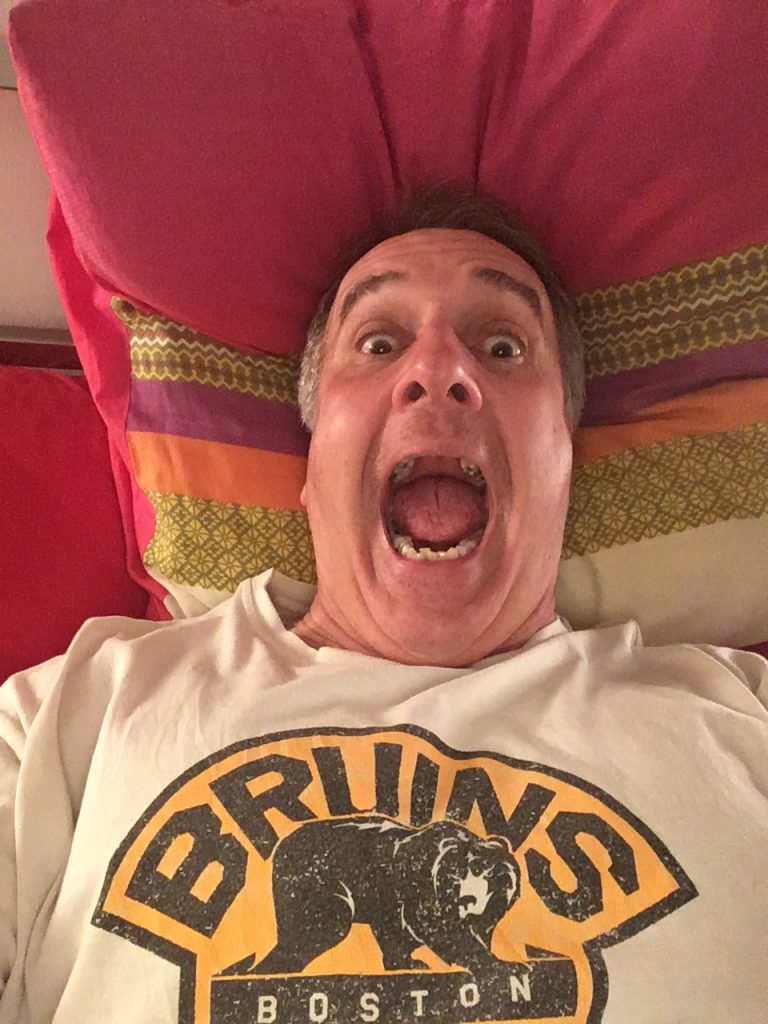 Nevertheless, all four of my teams won championships while I was in London: A total of 12 in all.
I’m really surprised they let me come home!

But now that I am back, I look forward to a 20-minute walk to the Garden. To see the Bruins and the Celts.

Words can only dimly convey my excitement.

On the other side of town, about the same distance away, is the other great Boston sporting venue.

OK, so I get a little excited at Fenway too. 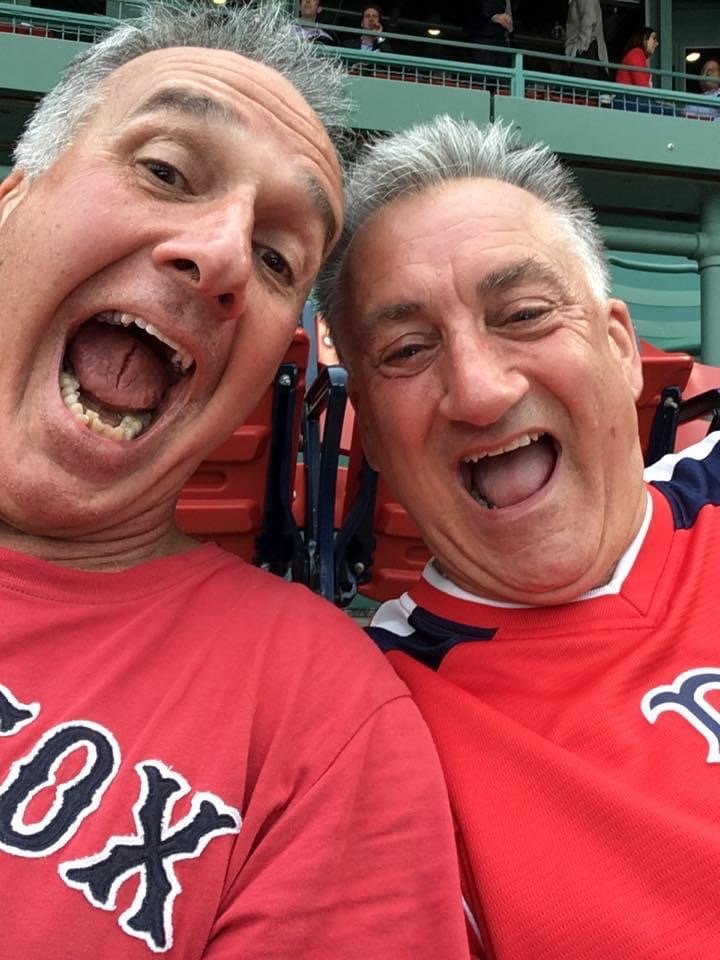 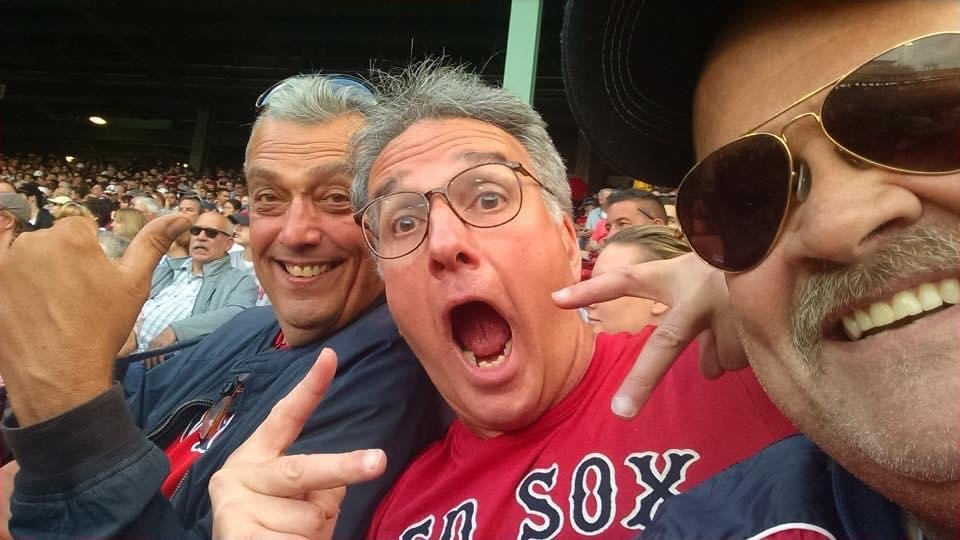 But that is a matter for another day.